University of Toronto’s Faculty of Arts and Science is housed in Sidney Smith Hall, a John B. Parkin-designed Modernist icon completed in 1961. Within this architecturally significant building, the Department of Linguistics occupies a portion of the fourth floor, and received a much needed design intervention to enhance and affirm its presence and identity.

Through this thoughtful renovation, a new screened wall for the staff and student lounges offers a dynamic and welcoming face to the rest of the Faculty. Delivered on an extremely tight budget and timeline, the new screen is framed in oak and features alternating panels of glass and pin-up board, onto which are grafted seven-foot-tall white letters spelling the word LINGUISTICS. Arresting in its fragmented expression of striking cobalt blue and transparent vertical planar surfaces, the screen permits glimpses into the new lounge space, creating a connection between the public and semi-public realms and animating the long interior corridor, which also benefits from the natural light pouring into the lounge and through the screen.

Linguists regard language as a system which makes “infinite use of finite means.” A statement which applies to both the process of constructing space through architecture and the process of constructing meaning through language, we took this as the basis of our approach. The large graphic lettering plays on the idea that “text” does not become “words” until we give it meaning. As such, the viewer sees pieces of the word “linguistics,” broken and abstracted across the interplay of material shifts, and infers meaning from it. Furthermore, the large blue Forbo panels function as bulletin boards, allowing the new façade to act as a communication interface, adding yet greater resonance to the originating concept. 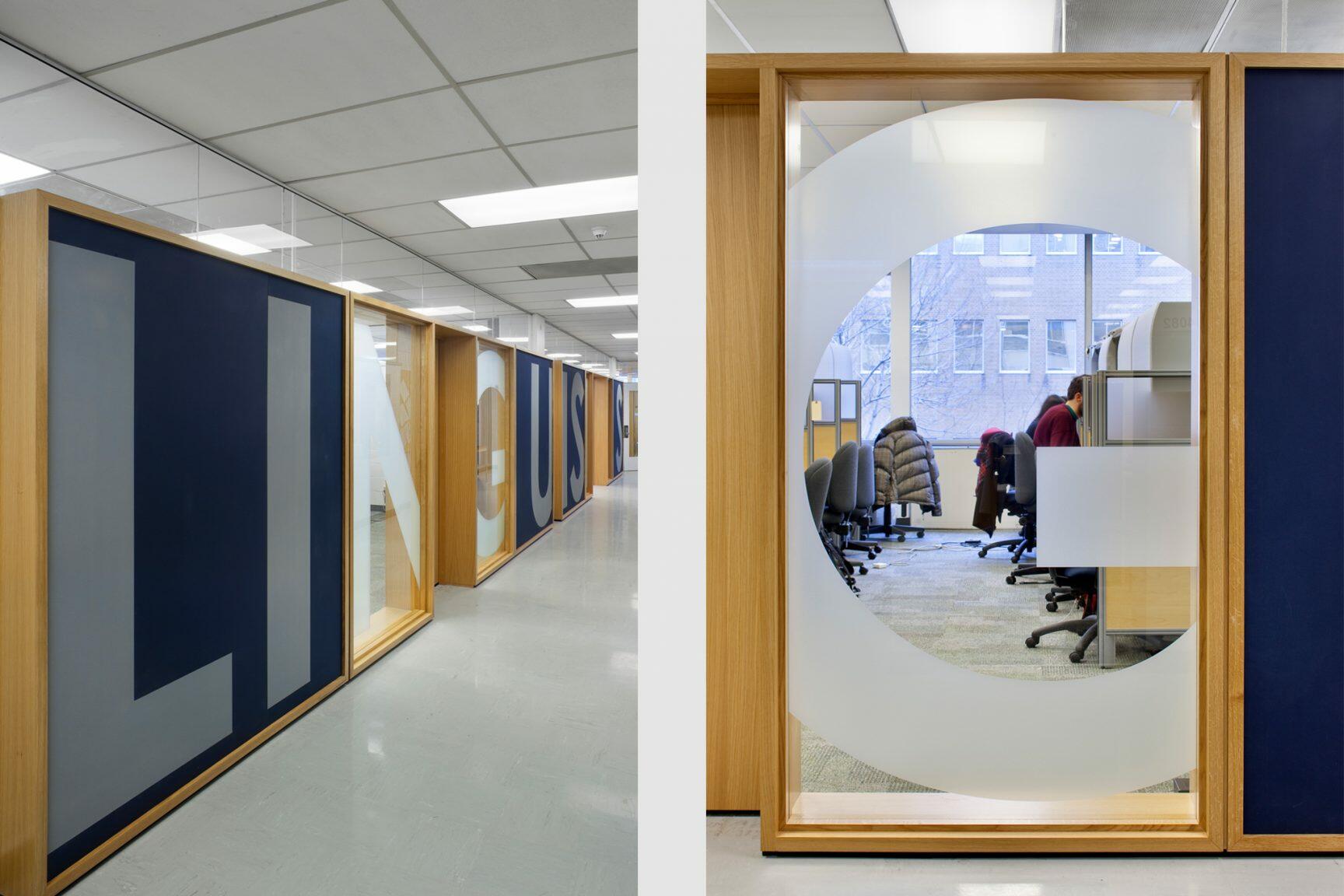 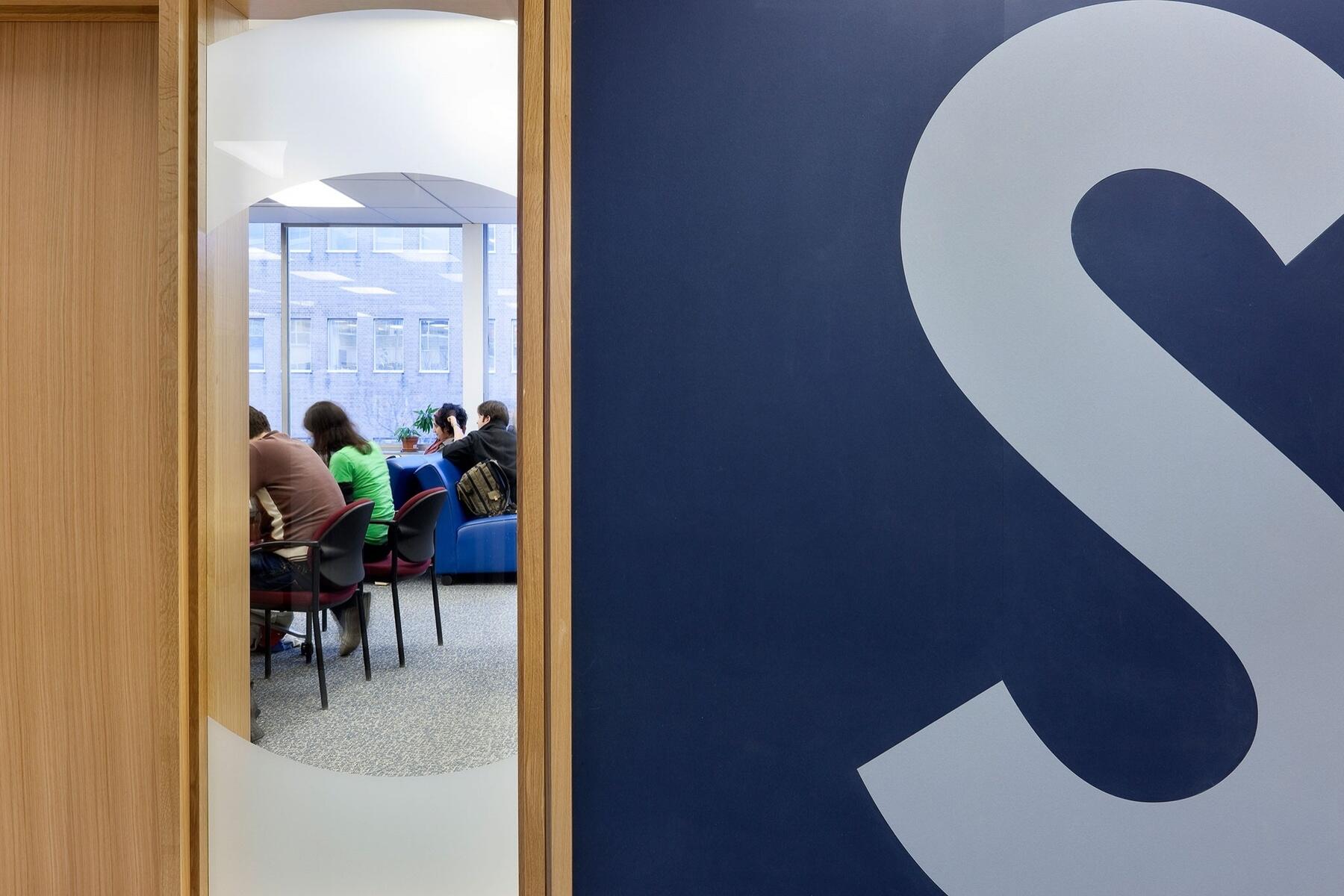