As a large media company with over 350 employees, St. Joseph Media publishes several popular Canadian magazines, all of which were previously housed in a number of different satellite locations. Here, the design objective was to create a unified space within five adjoining 19th-century warehouse buildings on the eastern edge of downtown Toronto, amalgamating all of the magazine properties under one roof while allowing each of them to retain their unique identity.

Occupying 35,000 square feet over two floors, the linear space functions as a small community. Suffused with light, the space presents a dramatic axial view to visitors arriving from the elevator. Pockets formed by the buildings’ thick masonry walls were used to create homes for each magazine, while a two-storey skylit spine socially and functionally unites the magazines into a single entity. This spine operates like an internal main street: individual magazines each have an address, as do shared meeting rooms, reception and administration spaces, and a large staff lunchroom. An outdoor deck overlooks the city, and gives magazine staff an opportunity for a fresh-air break without leaving the building.

The windows, skylights and internal glass partitions provide an exceptional degree of luminosity to the interior; refinished wood floors positively gleam. A compelling material interplay is evidenced by the new insertions of patterned glass, felt signage partitions and coloured acrylic staircases against the raw textures of timber and sandblasted brick. Old and new merge beautifully into a freshly conceived industrial loft space for a media company ushering in the 21st century.

In association with Teeple Architects Inc. 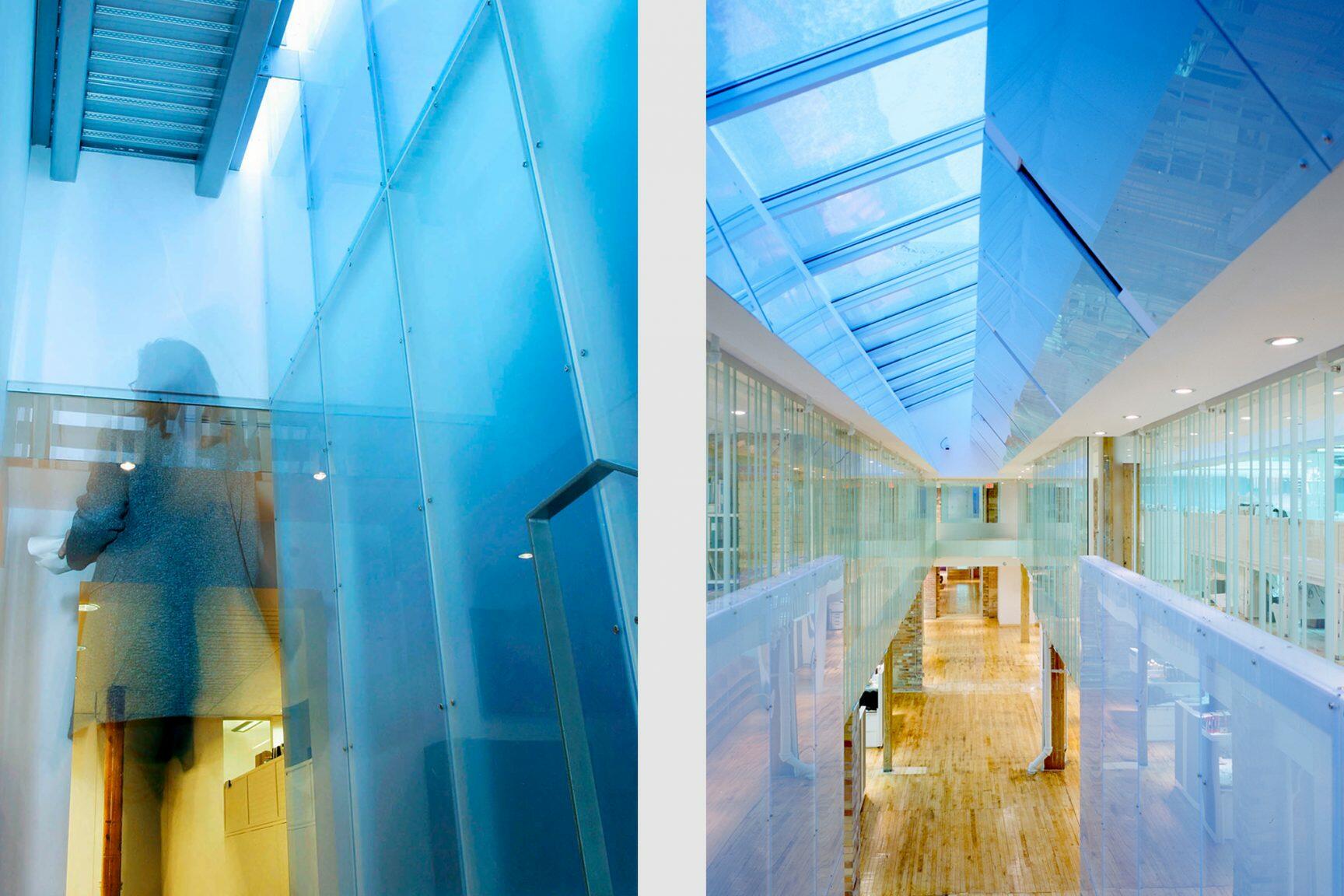 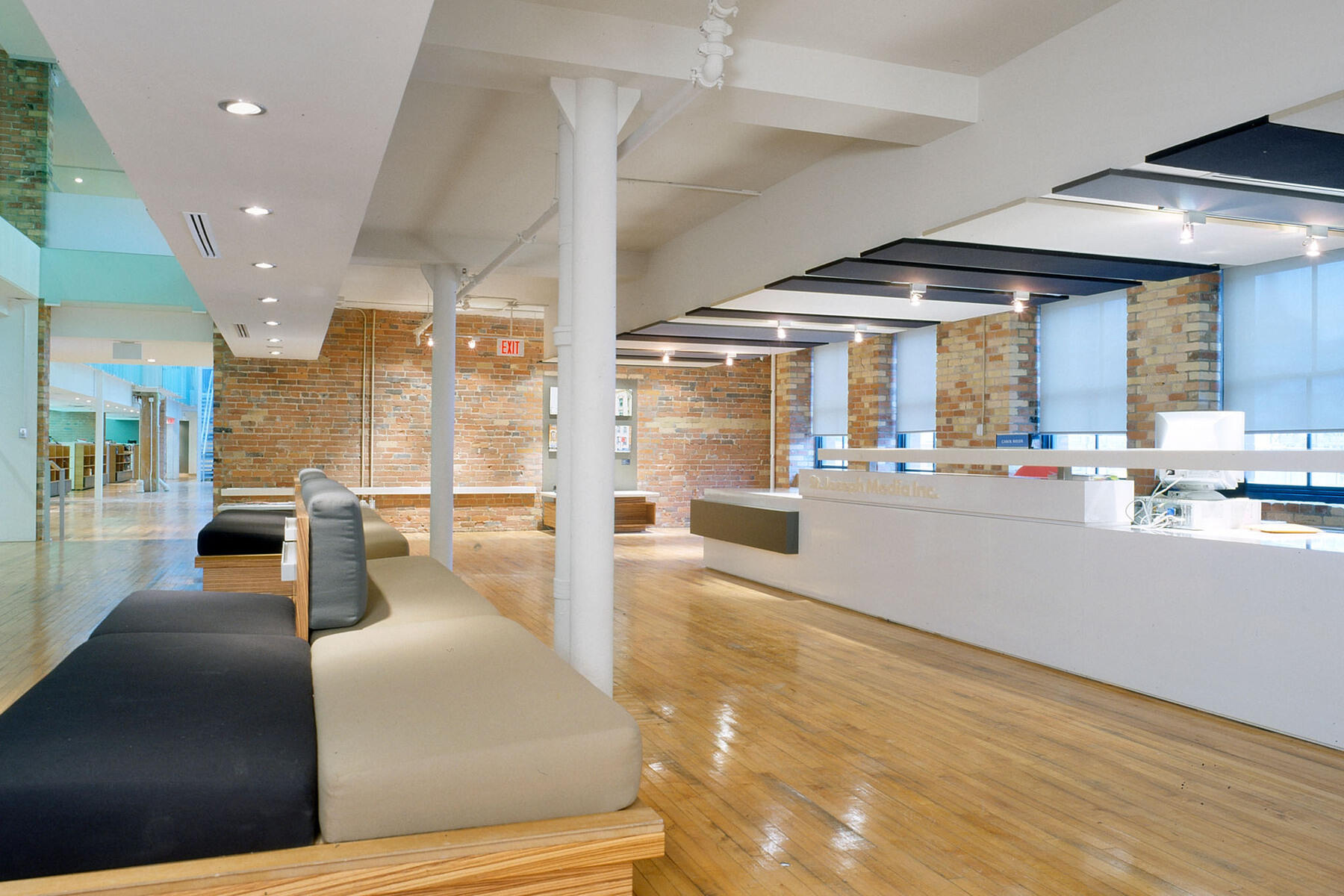 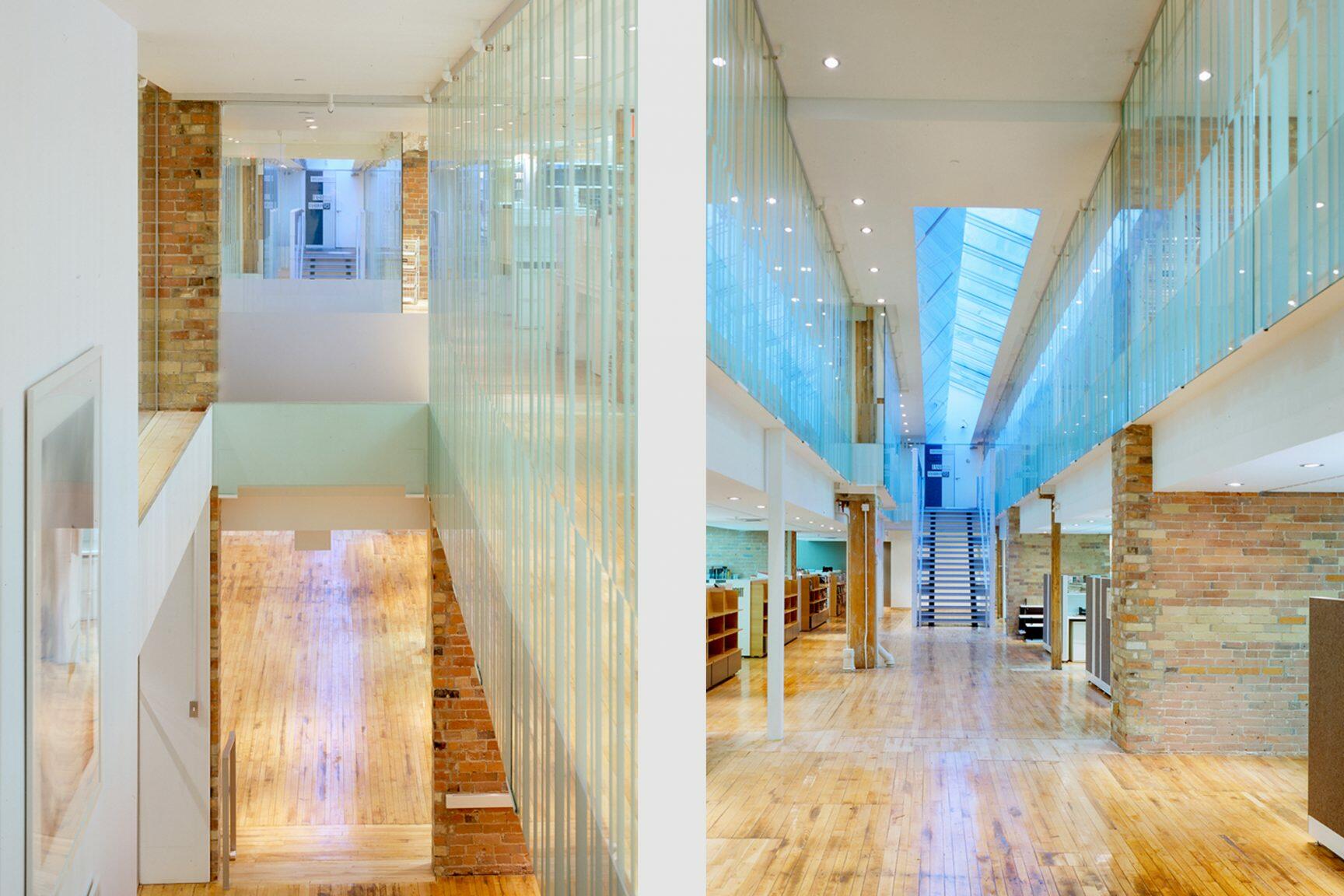