The design for the Broadview project was inspired by the remarkable site and critical conditions the city has long turned its back on: namely, Toronto’s enviable natural landscape and sinuous ravine system as well as the urgent need for thoughtful densification at prominent transit stations.

At the macro scale, the development lies at the intersection of major transit, road, pedestrian, and cycling networks, and atop a promontory of land that is a threshold to one of the city’s greatest natural assets: the Don Valley ravine. At street scale, the site is the transition between commercial and residential uses, and hosts a number of homes.

The undulating design is an explicit response to these very special and varied conditions. We wanted the building, which adds much-needed density to this east-end neighbourhood, to serve as a harmonious backdrop for the existing structures. Taking cues from the immediate architectural context, our design proposes an undulating brick façade to honour its surroundings and create a warm and welcoming southern edge that integrates meaningfully with the community. Significantly, the proposed building is set back from Broadview and raised on columns to create an urban-scaled open plaza and gateway to the ravine, effectively re-establishing a public connection to this vital landscape at a significant urban intersection.

Sitting at the nexus of so much of what defines Toronto, it is truly a precedent-setting project that embraces the local fabric and natural conditions to project a coherent and connected future. 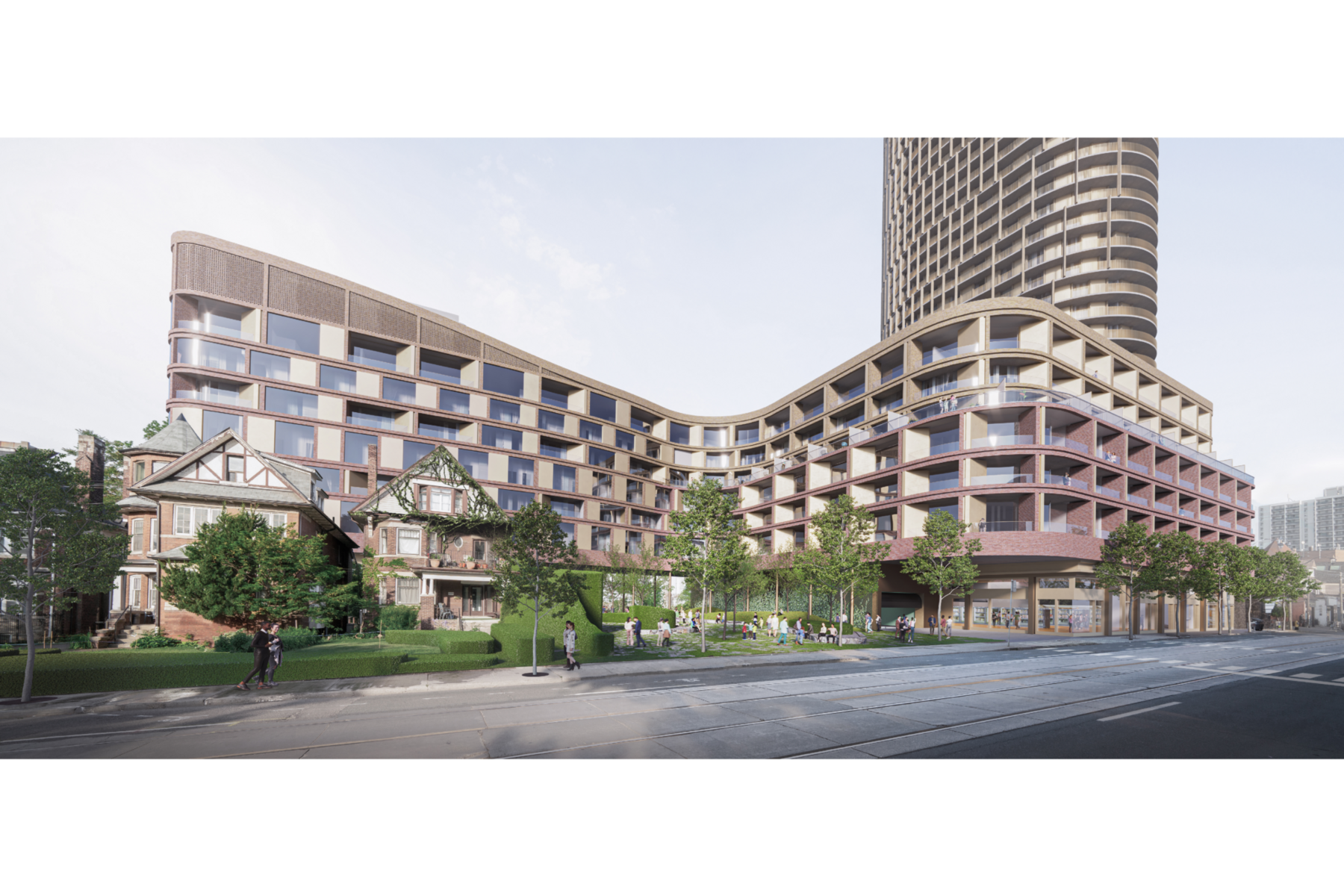 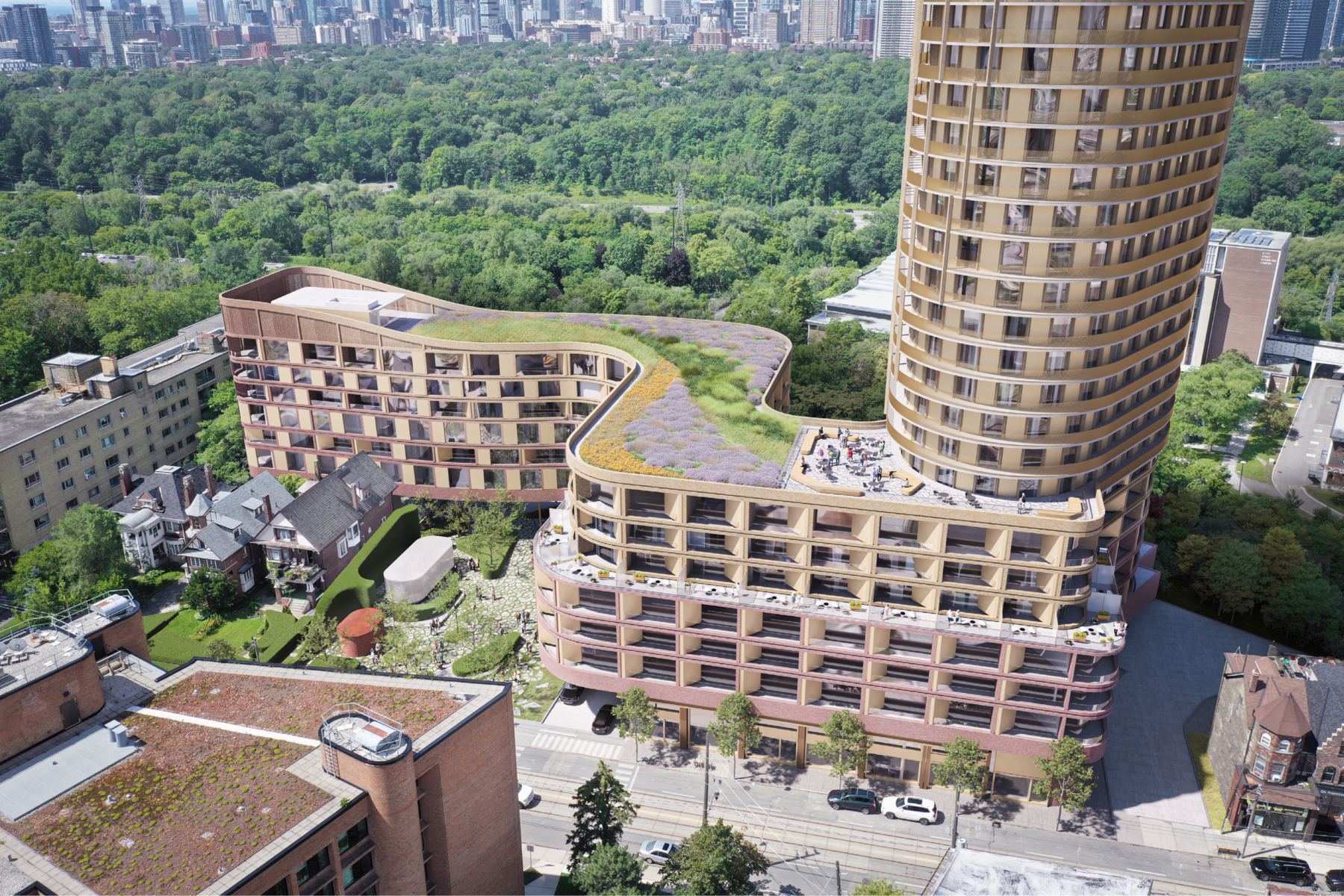 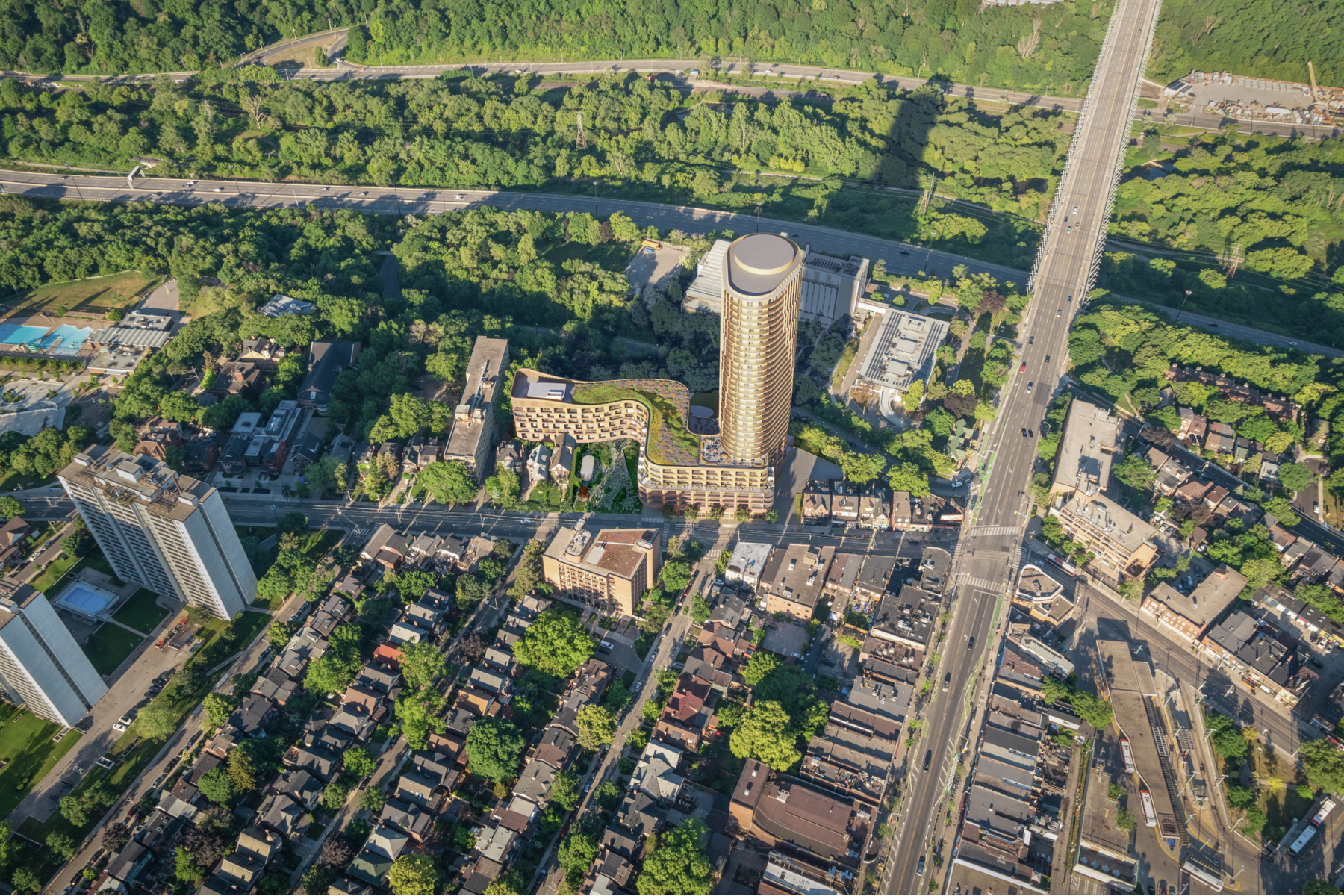 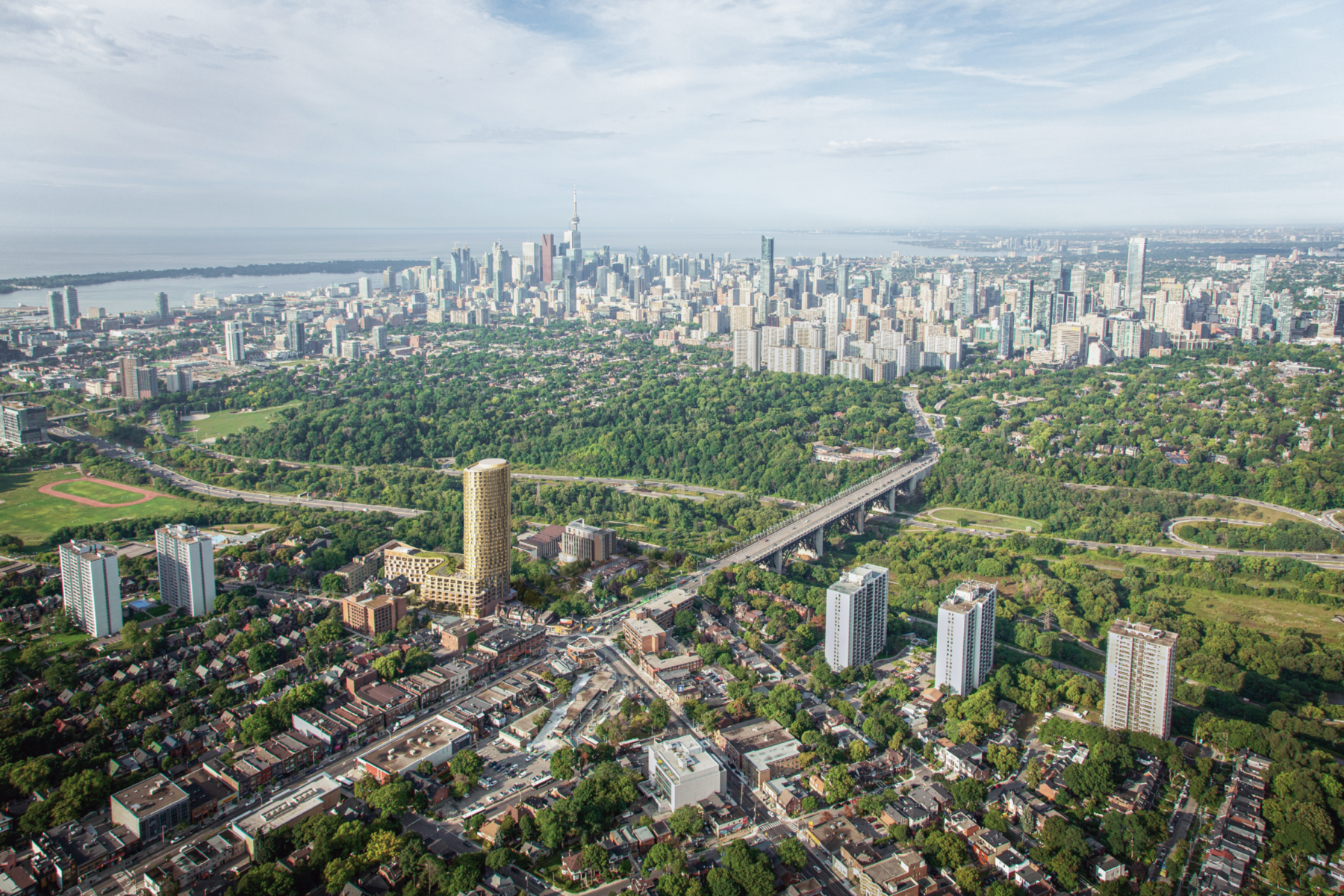