This project proposes the intensification of a corner property in Toronto’s west end—the site of a former bank building and an underutilized parking lot—through the addition of seven storeys of open-plan office space. The design brief called for the retention of the existing two-storey masonry building – an exemplar of early 20th-century commercial architecture recently renovated by the client. In addition, it was critical that any proposed development resulted in minimal disturbance to the existing occupant of the adjacent building.

As a response to these challenges, the new construction employs a cantilevered steel structure, overhanging and entirely independent of the existing building, with all excavation confined to the rear parking lot. In order to structurally support the considerable loads involved, a series of one- and two-storey modular trusses were developed; the resulting building form is derived from the interplay of these trusses. In contrast to the solid mass of the existing load-bearing masonry building, the new addition is articulated as lightweight “skin and bones” architecture. A delicate and transparent curtain wall enlivens the streetscape while revealing the dramatic structural form and activity within. 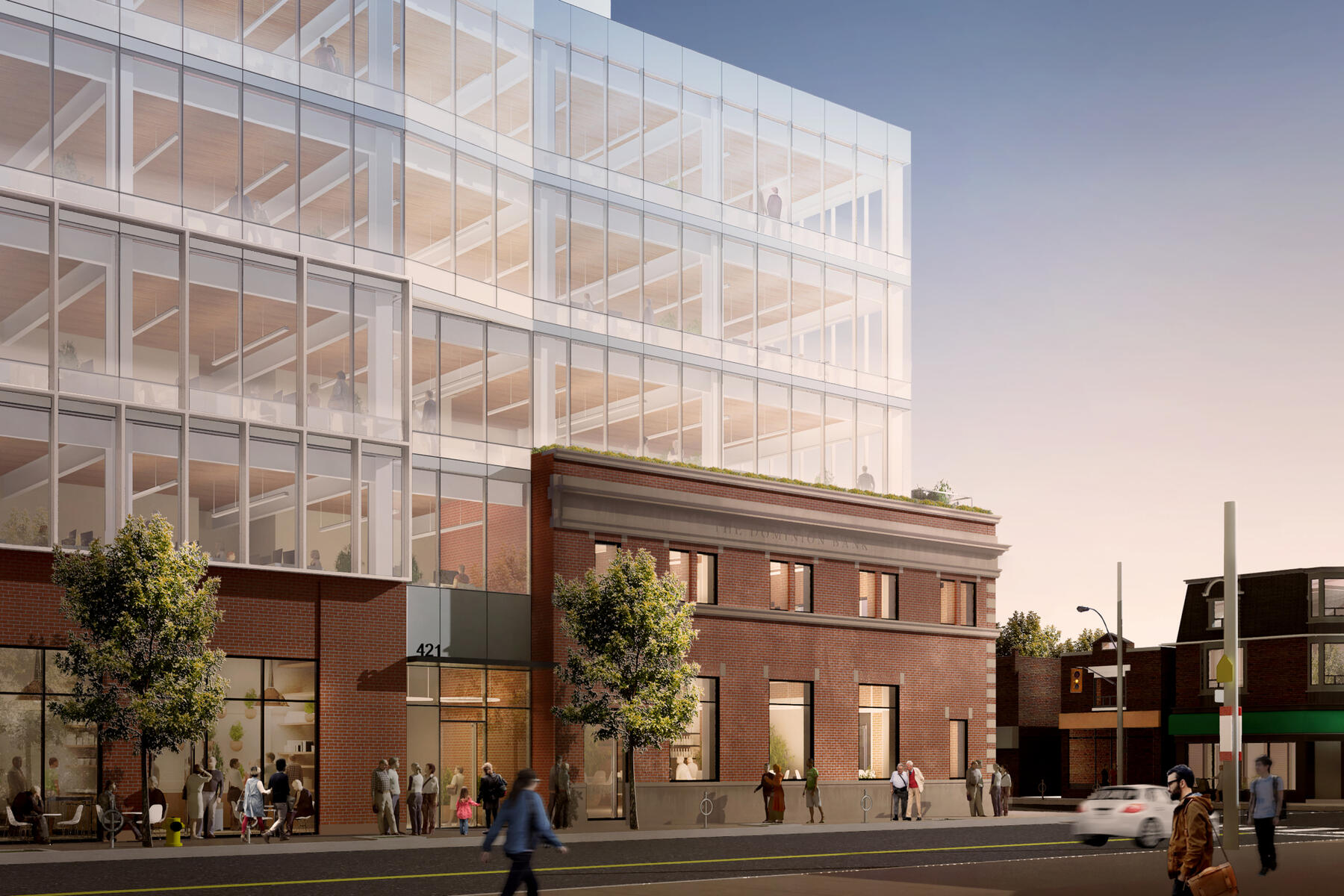