As part of the largest outdoor mall in North America, Aesop Ala Moana in Honolulu is inspired by the creation myth of the Hawaiian Islands, and the importance of the taro (kalo) plant to the Hawaiian people—as both their symbolic ancestor and main staple of their diet. The design team abstracted the form of the taro plant down to its most basic vertical and horizontal components, utilizing them as both surface and structure of the store’s wall and display elements.

The modestly sized space conveys an intimate womb-like enclosure with material consistency and curved contours throughout, mimicking the organic shapes and flow found in nature. The store simultaneously evokes the sensation of being inside a clearing of tall taro plants, sunlight filtering through their leaves. This is largely achieved through concealed LED lighting emanating from a complex curved and layered wall assembly of white oak slats. On these surfaces, the vertical supports for the shelving display system are conceived of as stalks, and the patinated bronze horizontal shelves and the products on display form the leaves and shoots. Here, the rhythmic repetition of the variably sized vertical wood slats is balanced by the horizontal display surfaces, expressed in a randomized pattern of four repeating modules throughout the space.

Behind the richly textured oak slats, white walls merge seamlessly into ceiling, representing the boundless condition of the sky – the “sky father” in Hawaiian mythology, who united with the “earth mother” to create the first human from whom Hawaiians trace their lineage. The softly lit otherworldly whiteness provides a pleasing counterpoint to the “earth mother” element signified by the large matte charcoal grey porcelain floor tiles, which are intended to evoke the volcanic lava of the islands. 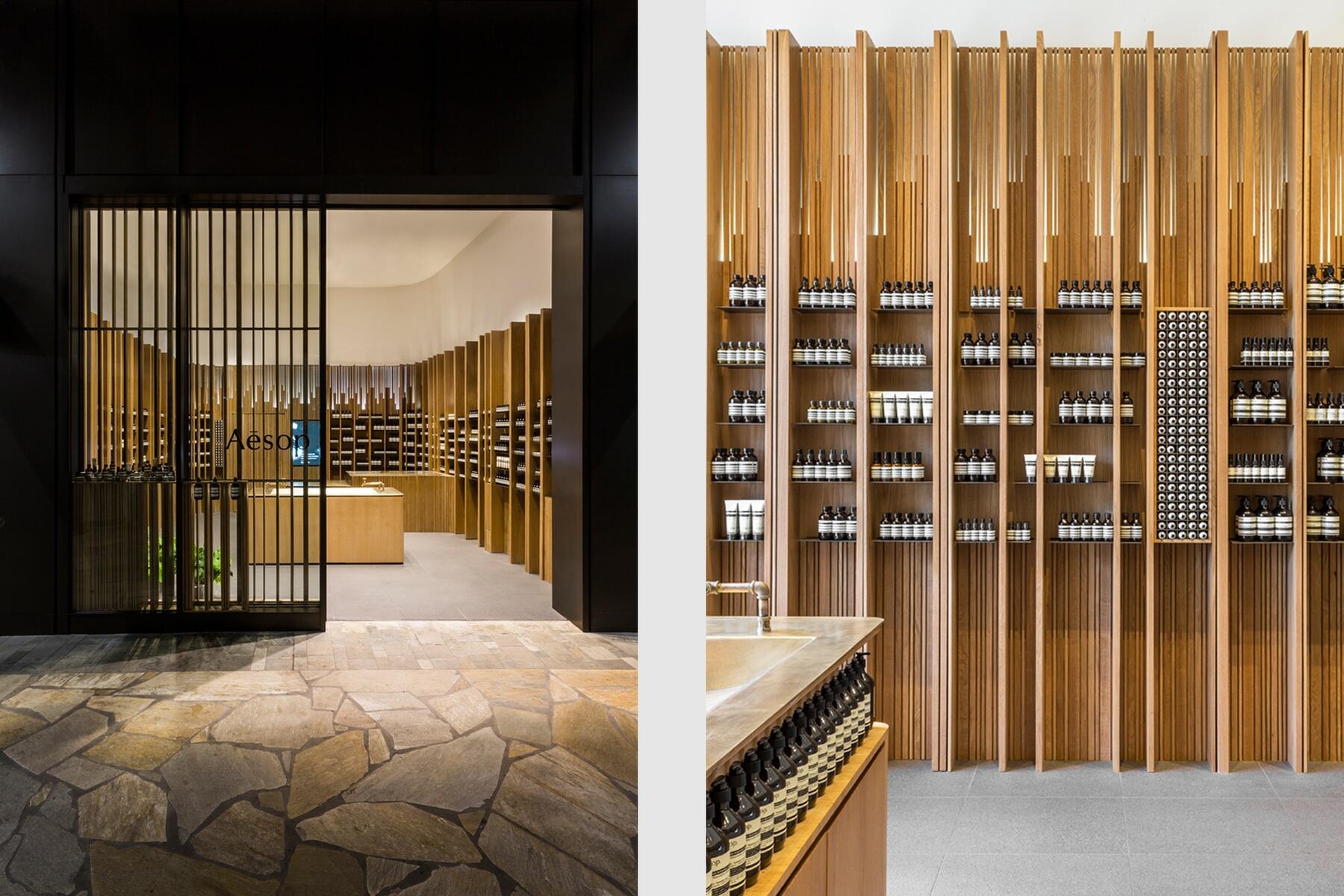 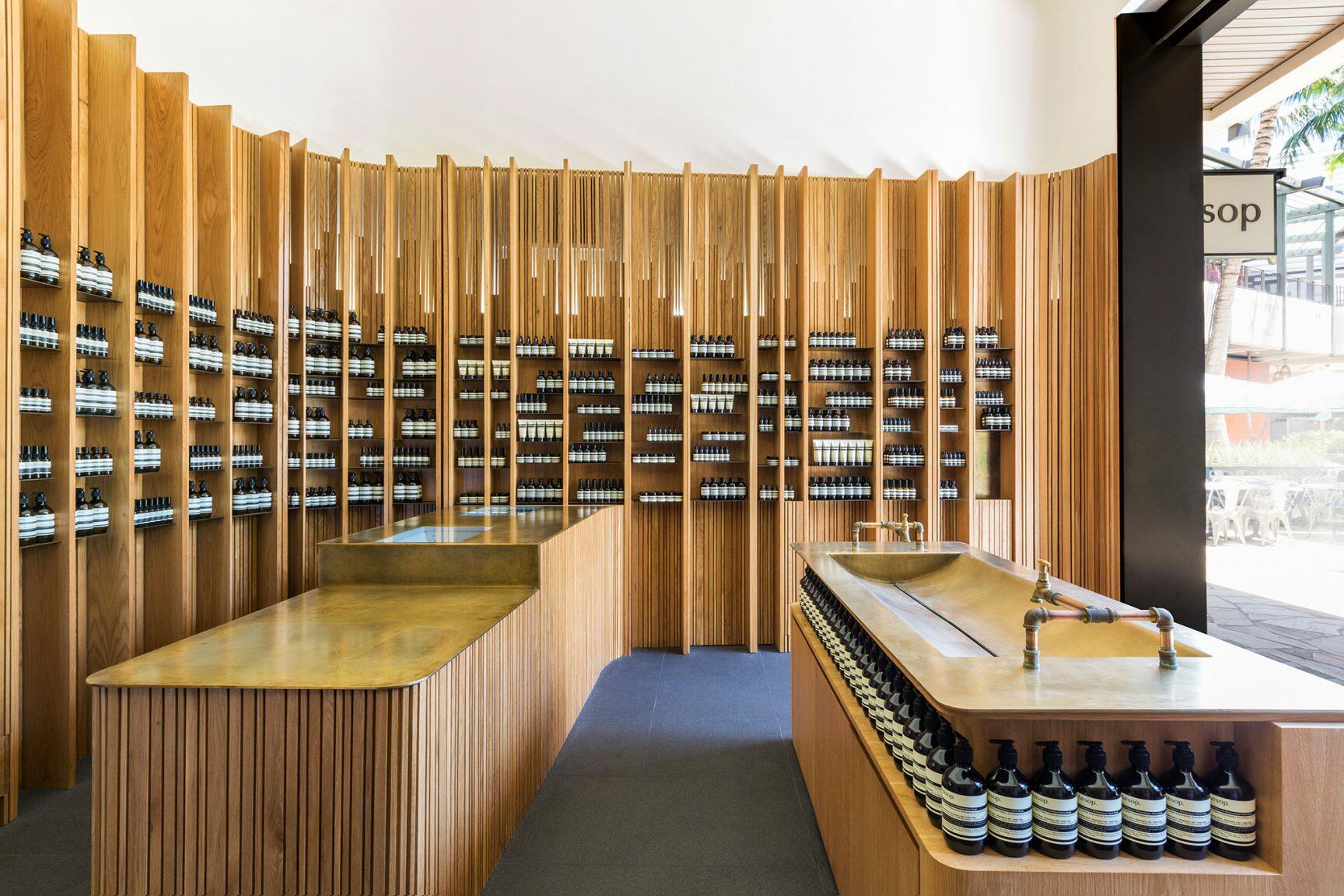 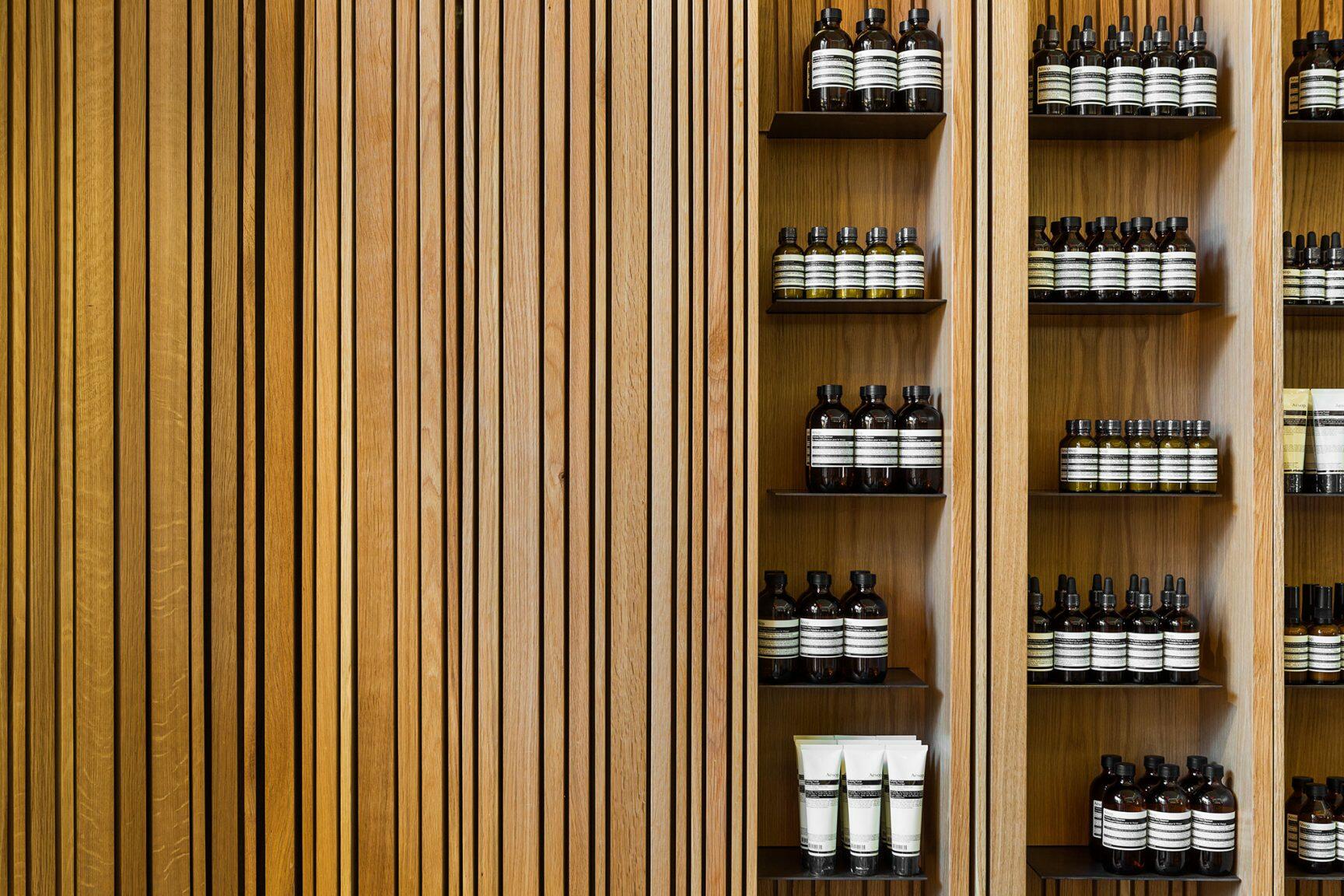 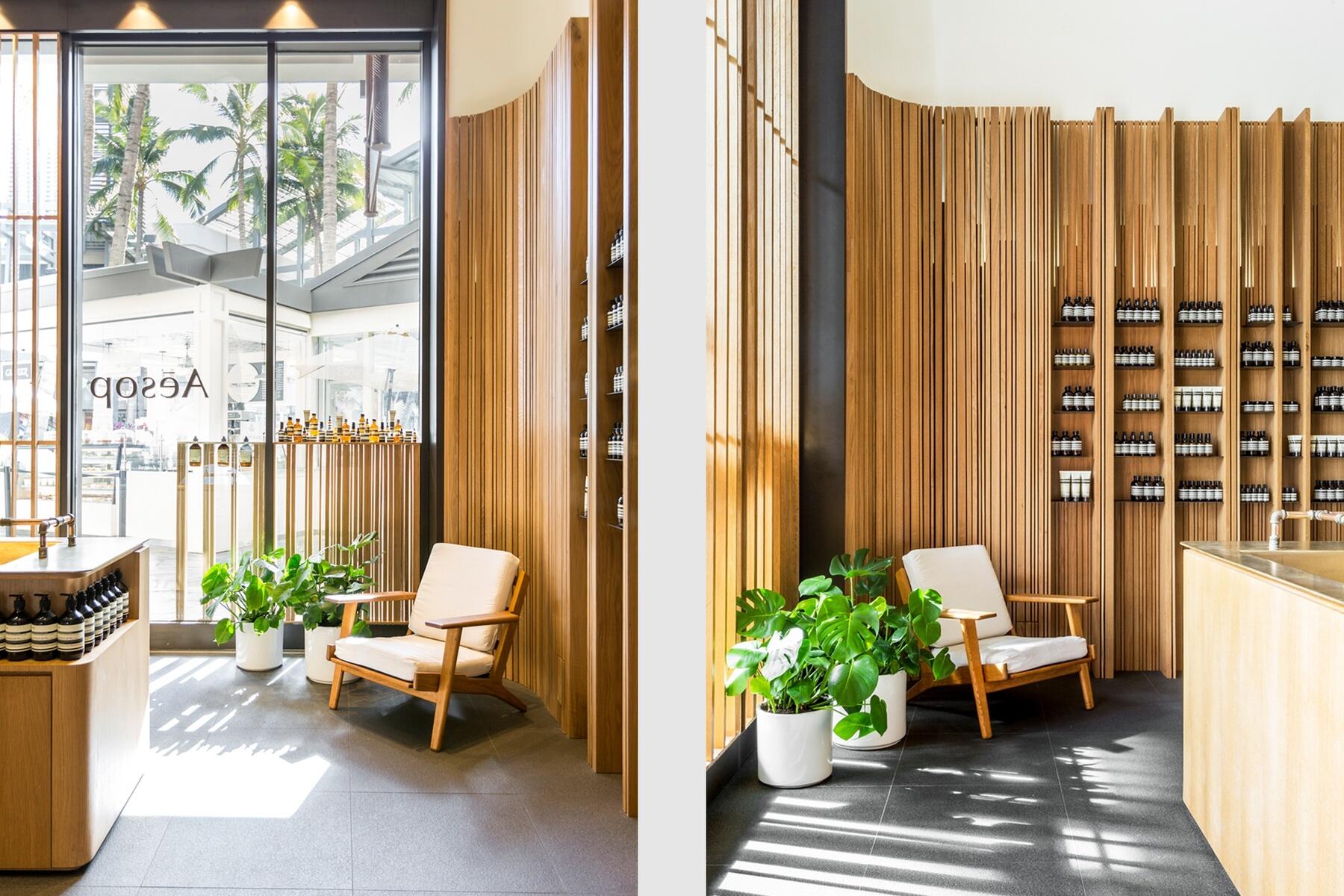