Situated close to the intersection of Dovercourt Road and Bloor Street West, this addition to a limestone and brick building dating from the mid-20th century provides a modern and expanded headquarters for Proper TV, a reality television production company. Originally, the building functioned as a local sorting and distribution depot for Canada Post; the project retains some elements of the existing building, but design interventions include a facelift to the existing street-level exterior and the addition of a second storey to house the client’s office and production space.

A comfortable, open-concept and energy-efficient interior workspace welcomes employees and facilitates optimal performance, while on the exterior, a distinct street presence is established through bold colour and a dynamic material palette of prefinished aluminum panels and metal siding, polished black granite and a glass curtain-wall assembly.

The conceptual driver for the project was the modulation of light through the subtle manipulation and sculpting of the exterior cladding into a series of apertures. These openings serve to moderate the harsh east and west solar exposures, while inviting more diffuse northern light into the building. On the east façade, a series of 15-foot-tall perforated aluminum fins minimize the intense morning light while creating a dynamic pedestrian experience along Dovercourt Road. At night, these fins are uplit with programmable LEDs, animating the façade with a constantly shifting spectacle of colour. 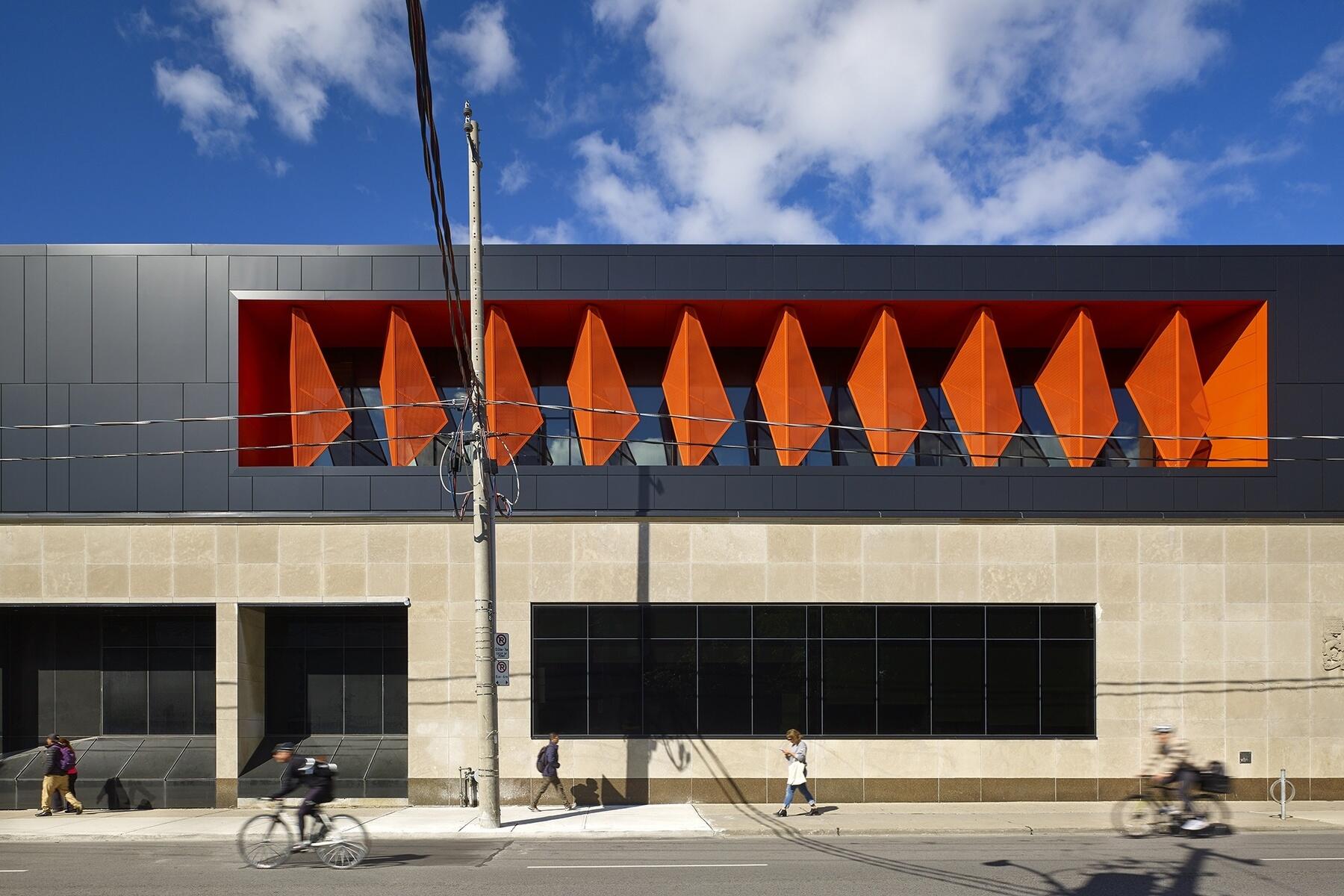 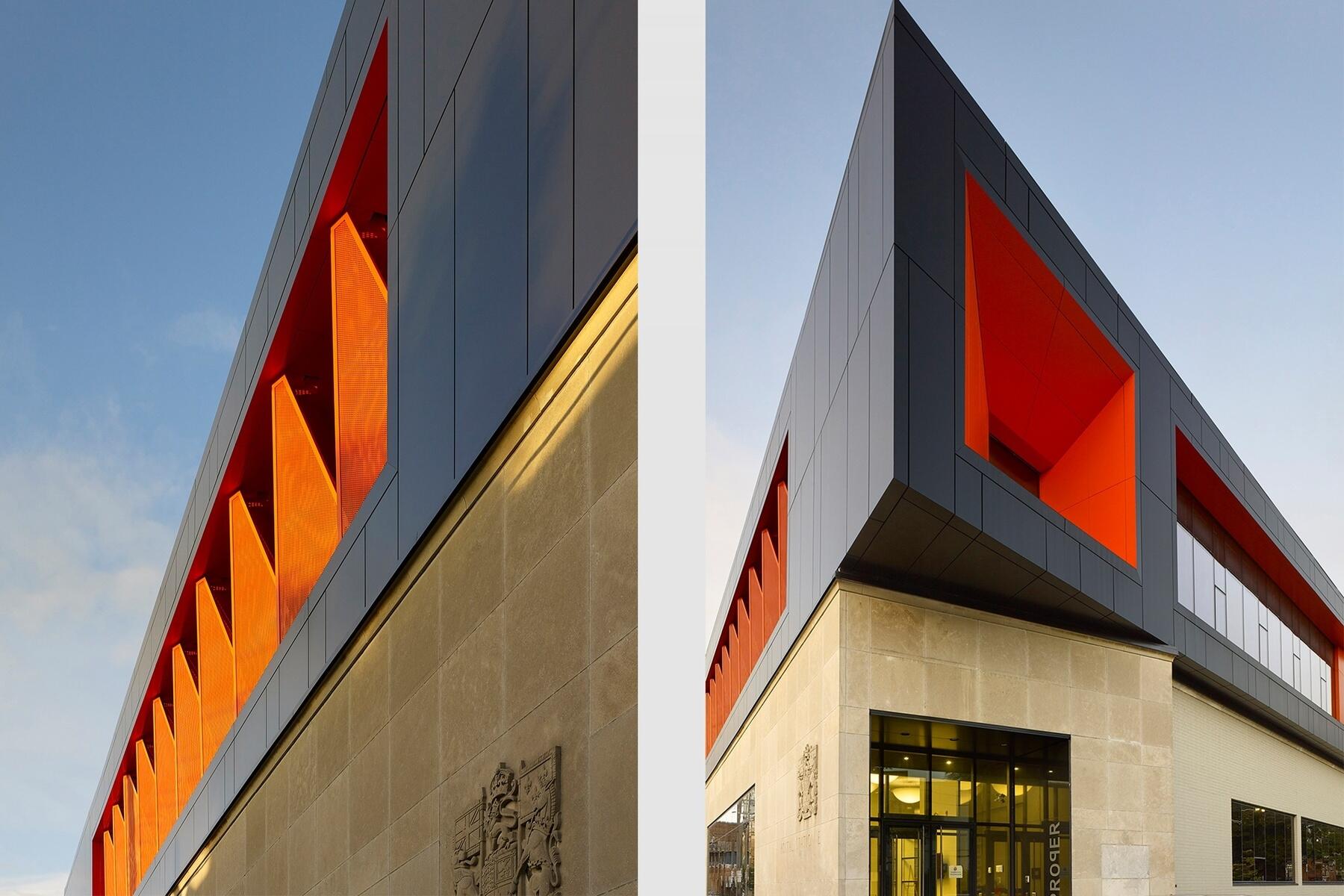 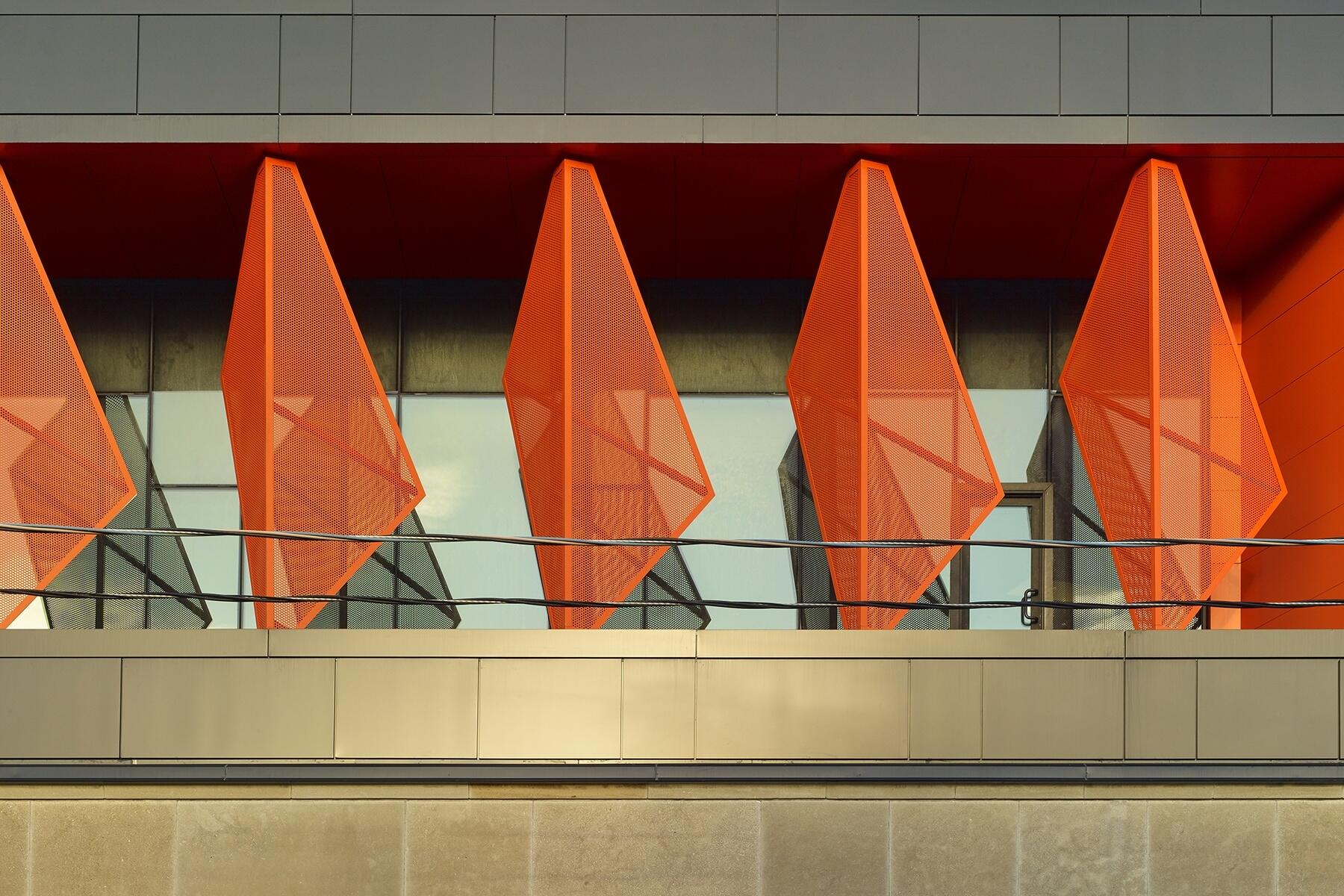 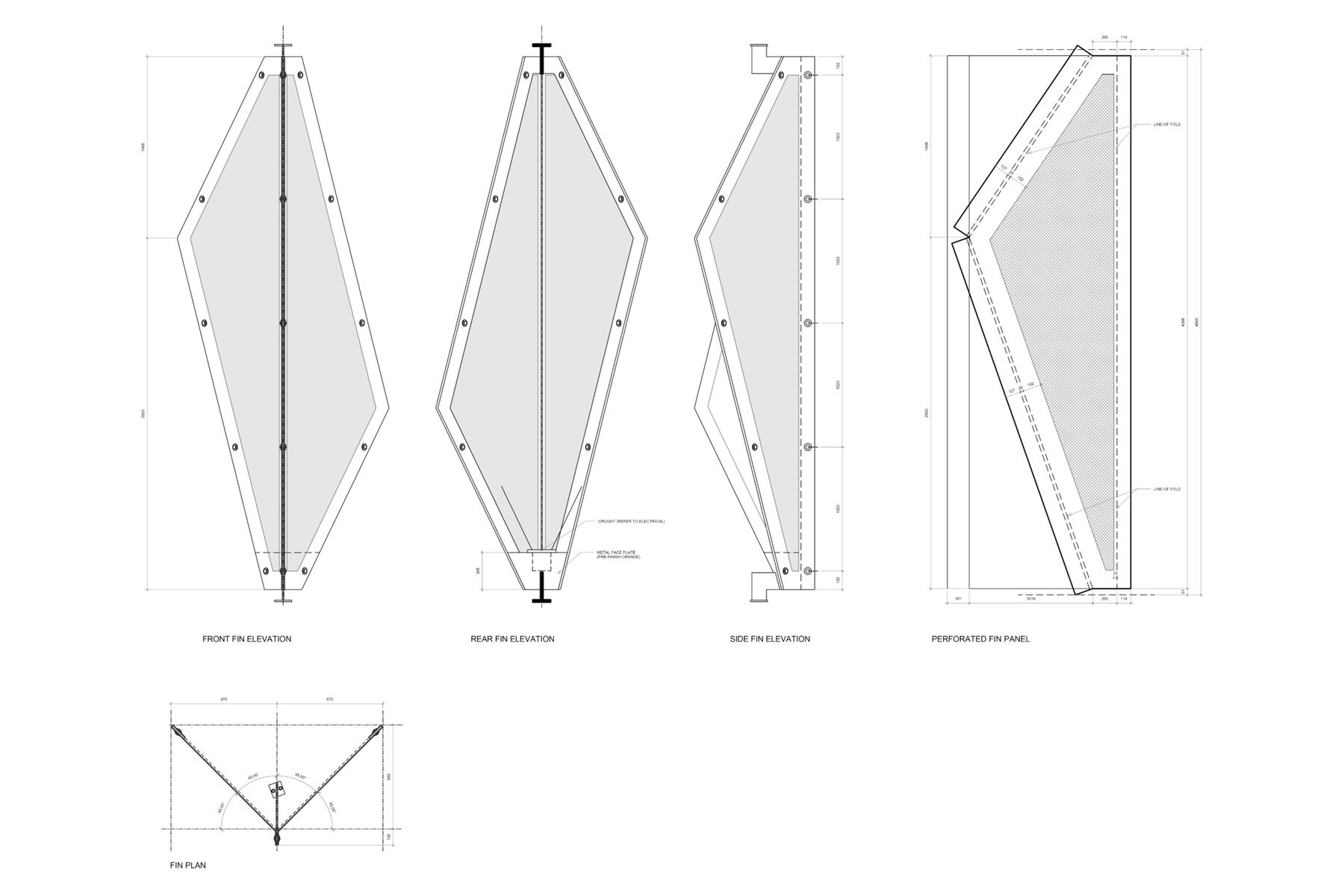 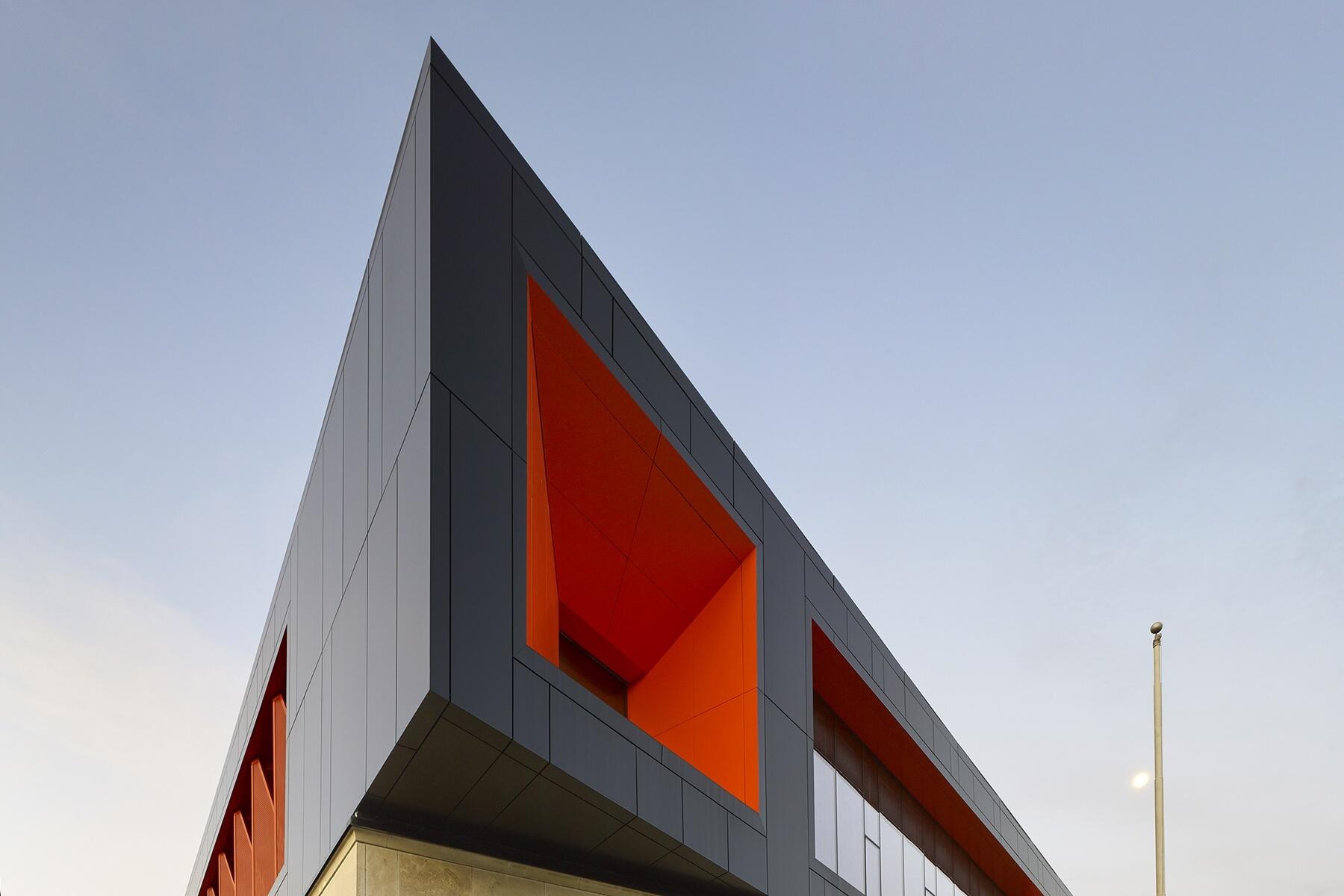