As part of a larger mixed-use development, Build Toronto—a real estate and development company—engaged superkül to develop retail concepts for an existing historic building in Toronto’s downtown core. Originally the site of one of the city’s four public markets, the current building was built in 1932 to house the Toronto Water Works. The southern section of the site has been used as a public park since the 1880s, and was the first city property “dedicated to, and equipped for, supervised children’s play.”

superkül’s scope of work for the project included developing two conceptual design options for the 14,000-square-foot Water Works building, which will be integrated with a larger multi-unit residential development on the north side of the site. The first scheme, represented here, recalls the site’s history as a public market and imagines the space as a food hall, complete with a large event space and winter garden. The second scheme develops the space as a children’s toy store, along with an accompanying small movie theatre. 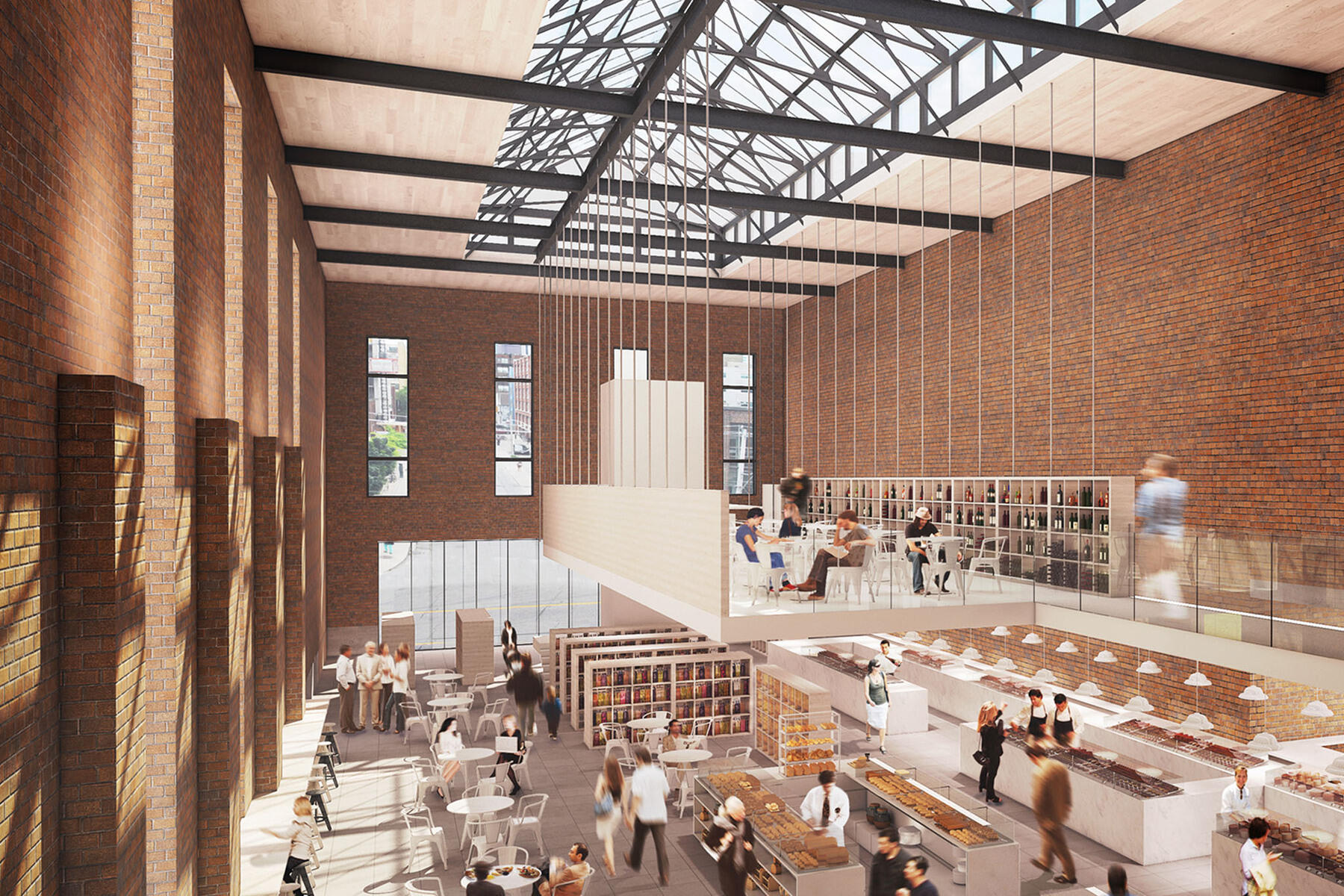 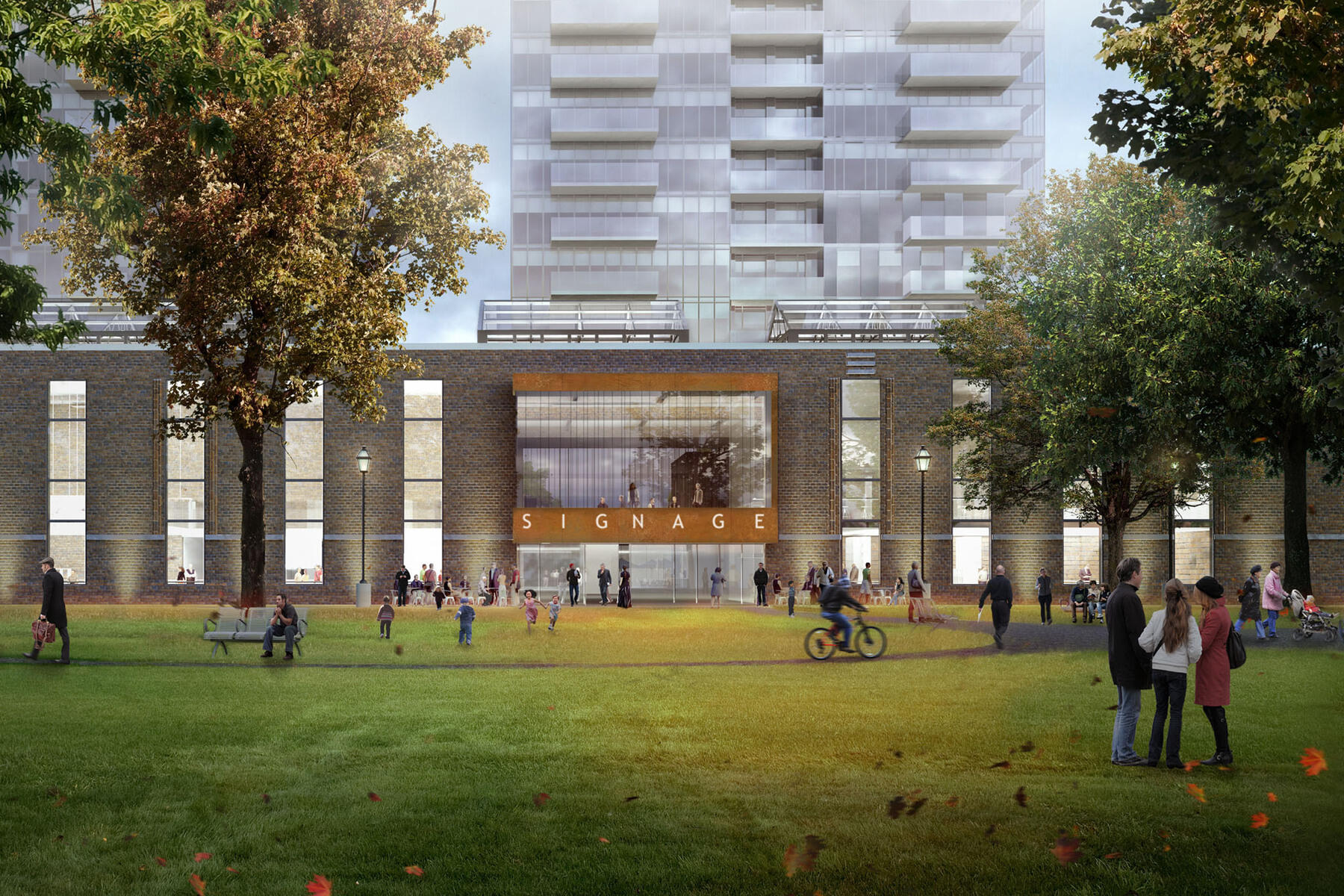