Once a blacksmith’s shop, then a horse shed, and later an artist’s apartment and studio, this laneway building in Toronto was purchased by its current owners in 2006. Interested both in smaller-footprint living and the storied past of the ramshackle structure, they wanted to convert it into a single-family residence while retaining as much of the existing building’s character as possible.

Located on a 40′×18′ lot, the house is built to the property line on three sides, with two feet to spare on the fourth. Current zoning regulations do not allow for additional openings in any of the walls, so the design strategy instead draws additional light, air and views from above. A light shaft topped by operable skylights runs the entire length of the west wall of the building, interrupted only by a second-floor courtyard. The shaft brings light down to the ground floor while providing passive ventilation. On the upper level, the modestly scaled glass-and-wood-wrapped courtyard separates the two bedrooms to effectively facilitate privacy. Accessed from the courtyard, with its primary view to the sky, a small stair leads to not one but two separate roof gardens, offering panoramic vistas of the surrounding midtown Toronto neighbourhood.

The existing rusted steel cladding panels on the building were catalogued before they were removed. They were then brake-formed with a flat-lock seam and reinstalled as the primary building skin. As a deliberate contrast against the compelling and evocative warm tones of the rusted steel, knotty cedar stained an absorptive sooty black clads the remainder of the building. 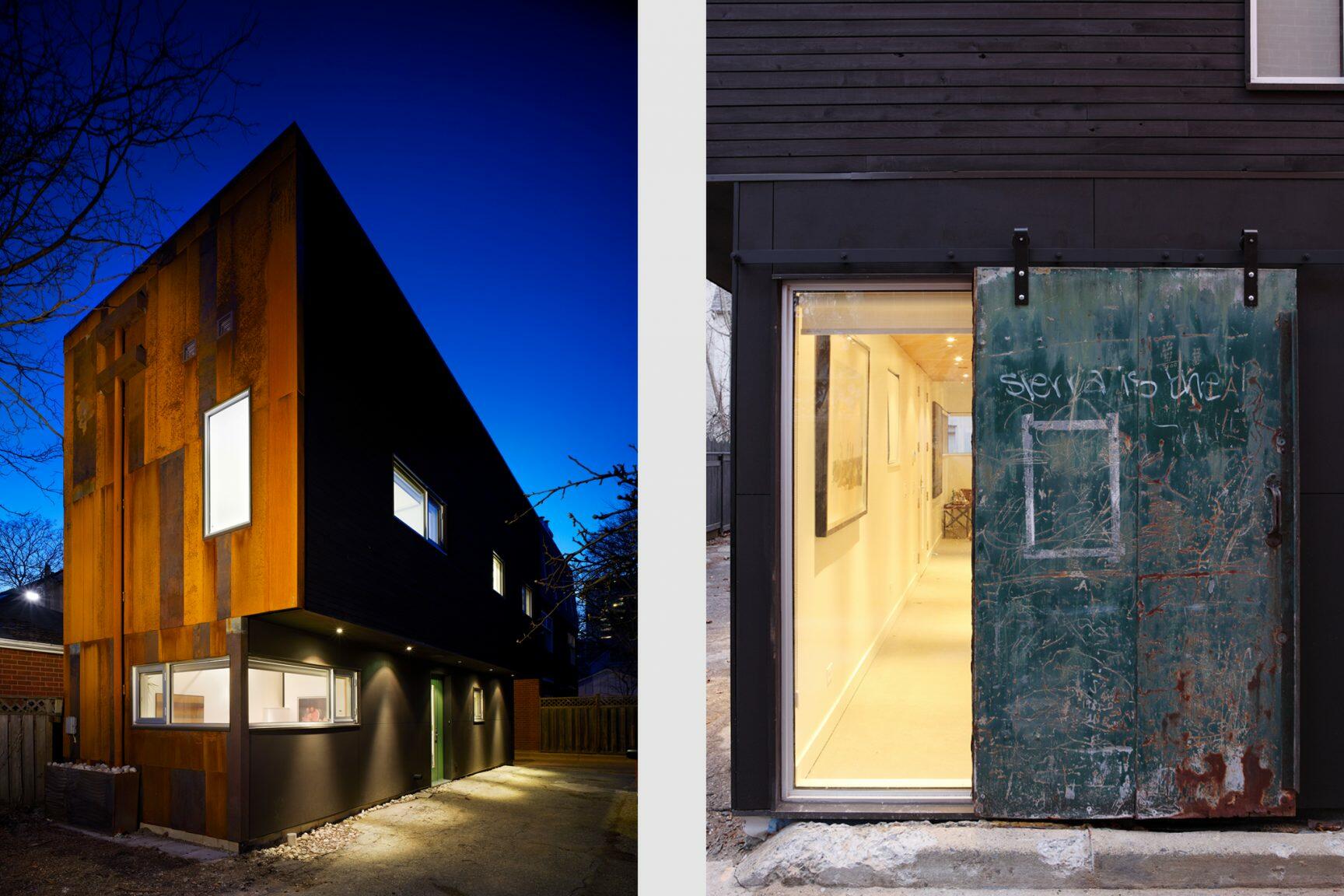 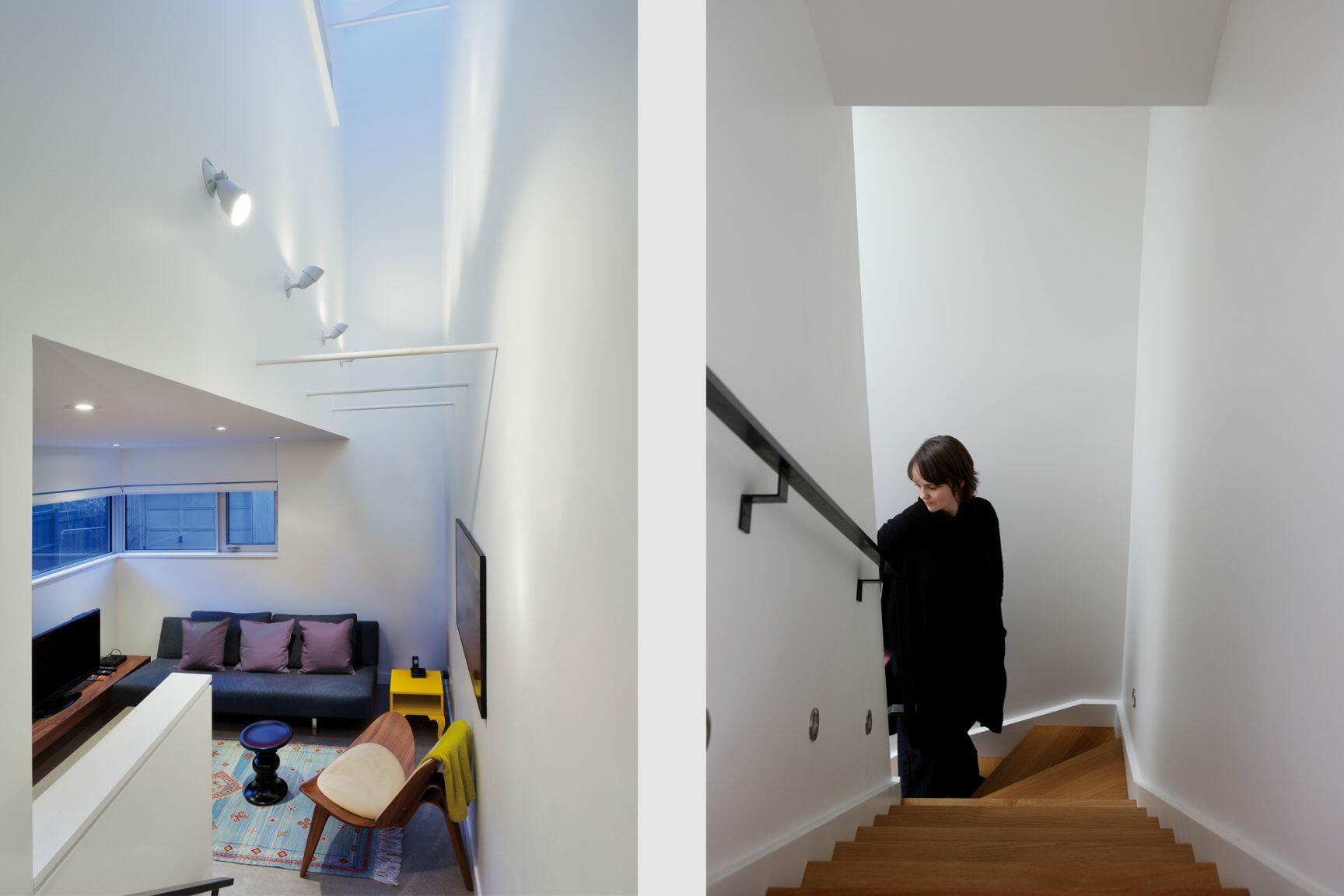 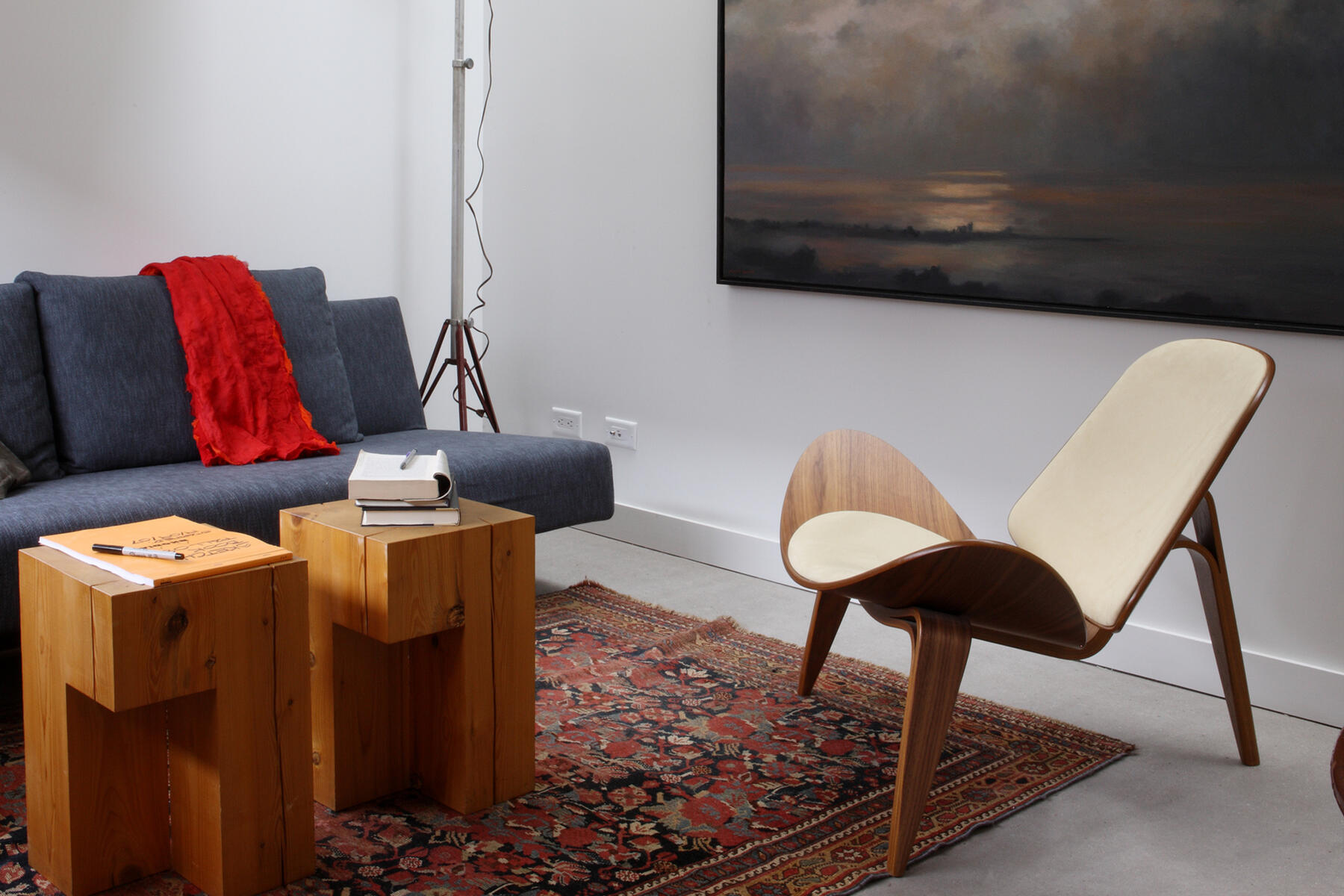 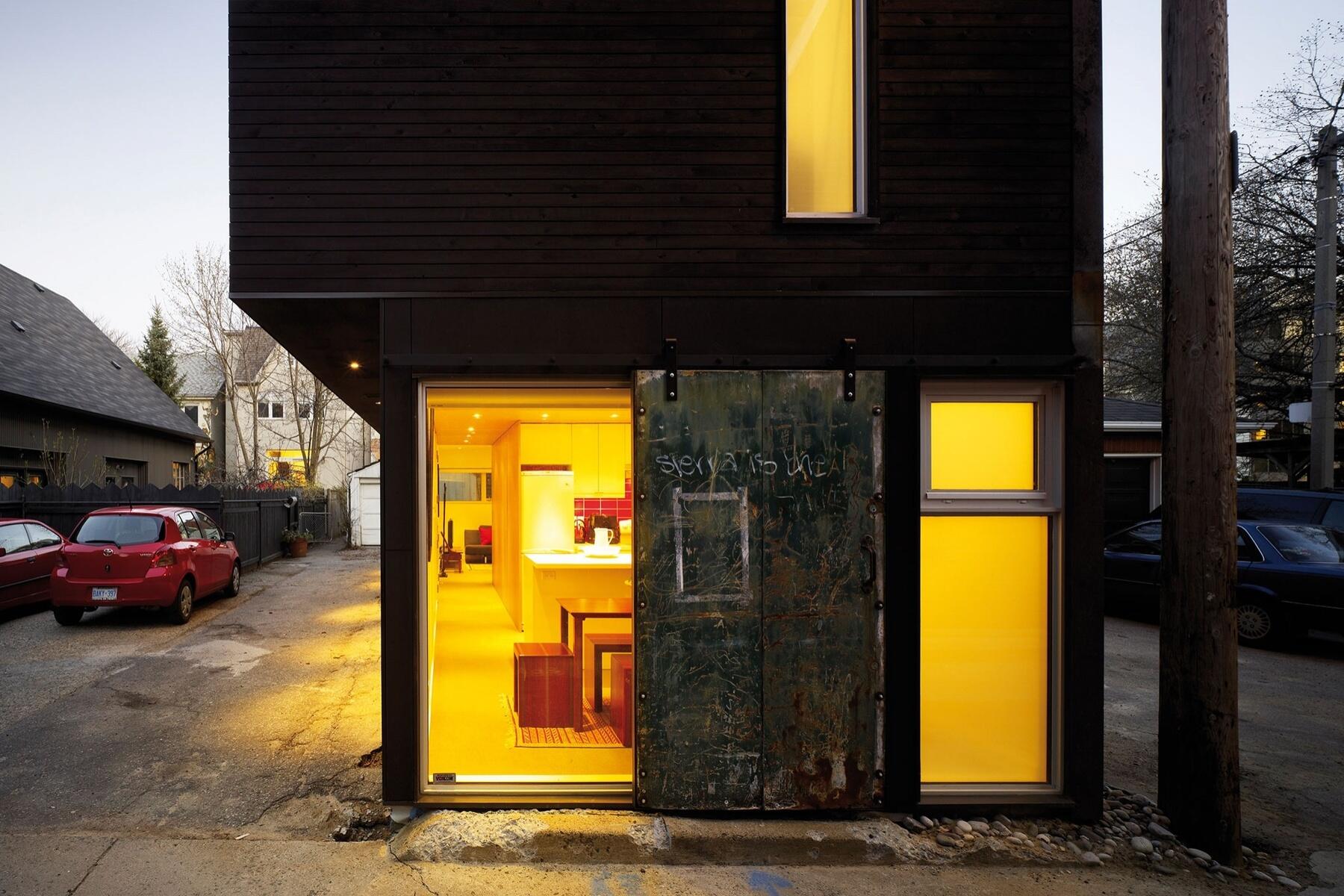 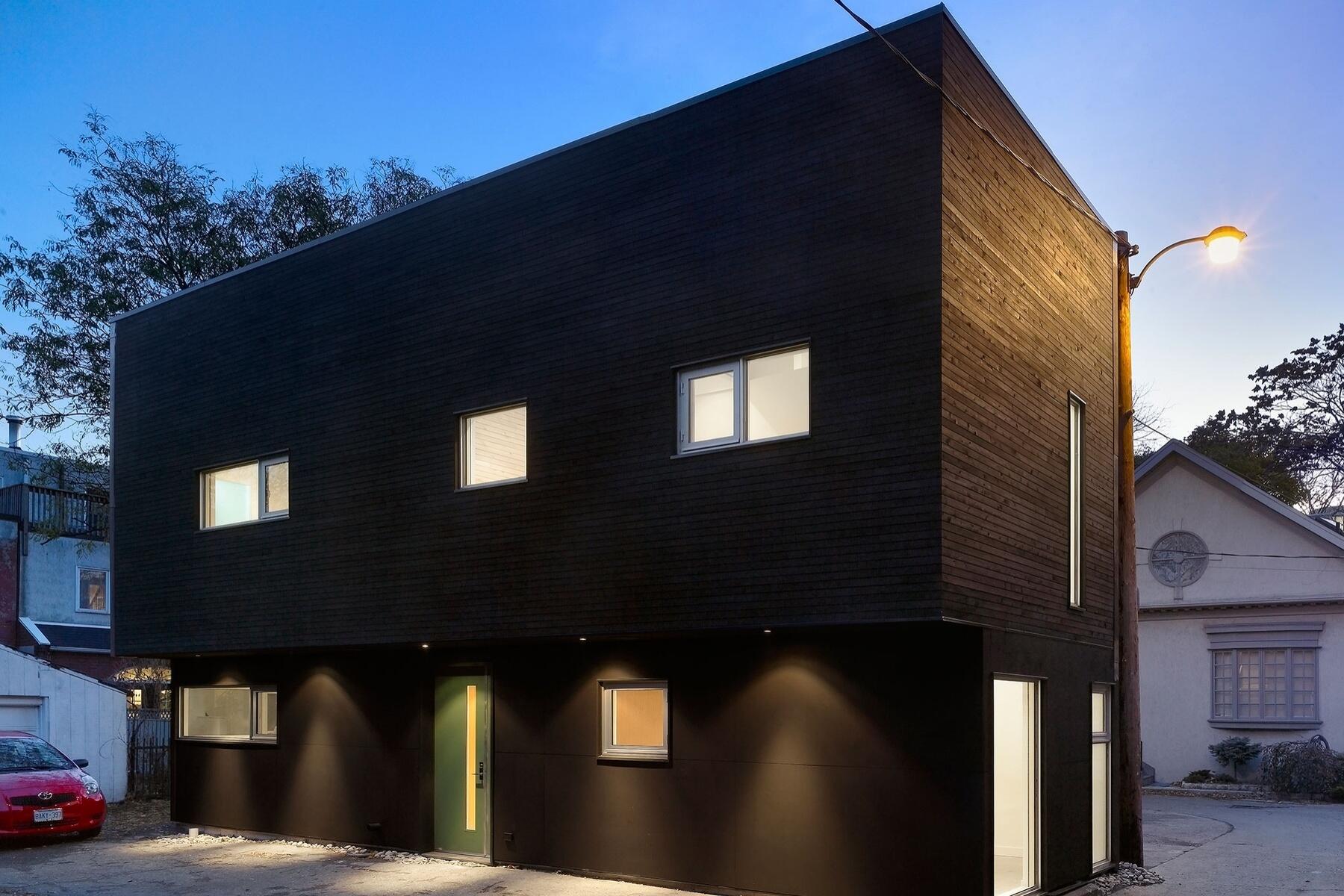 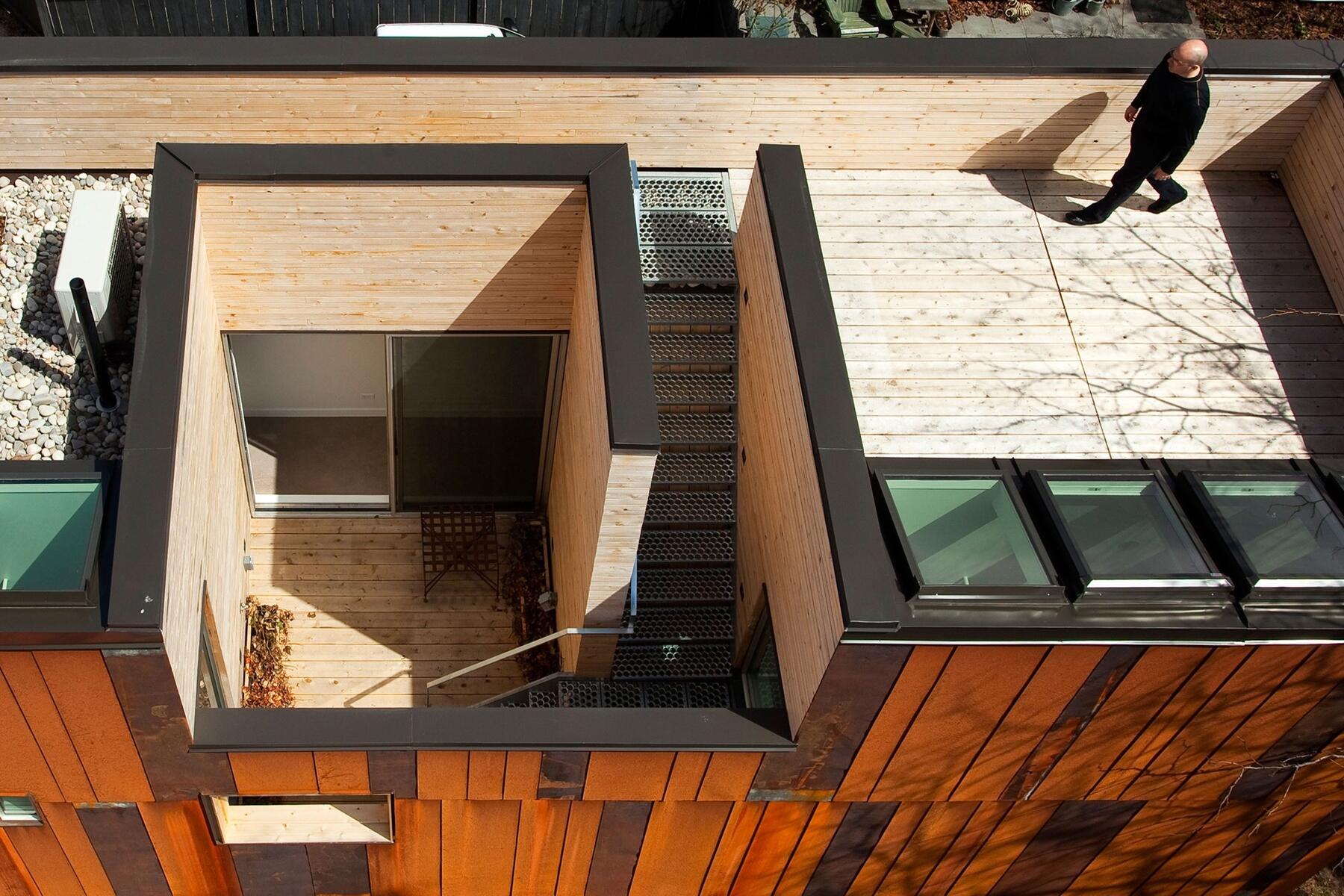 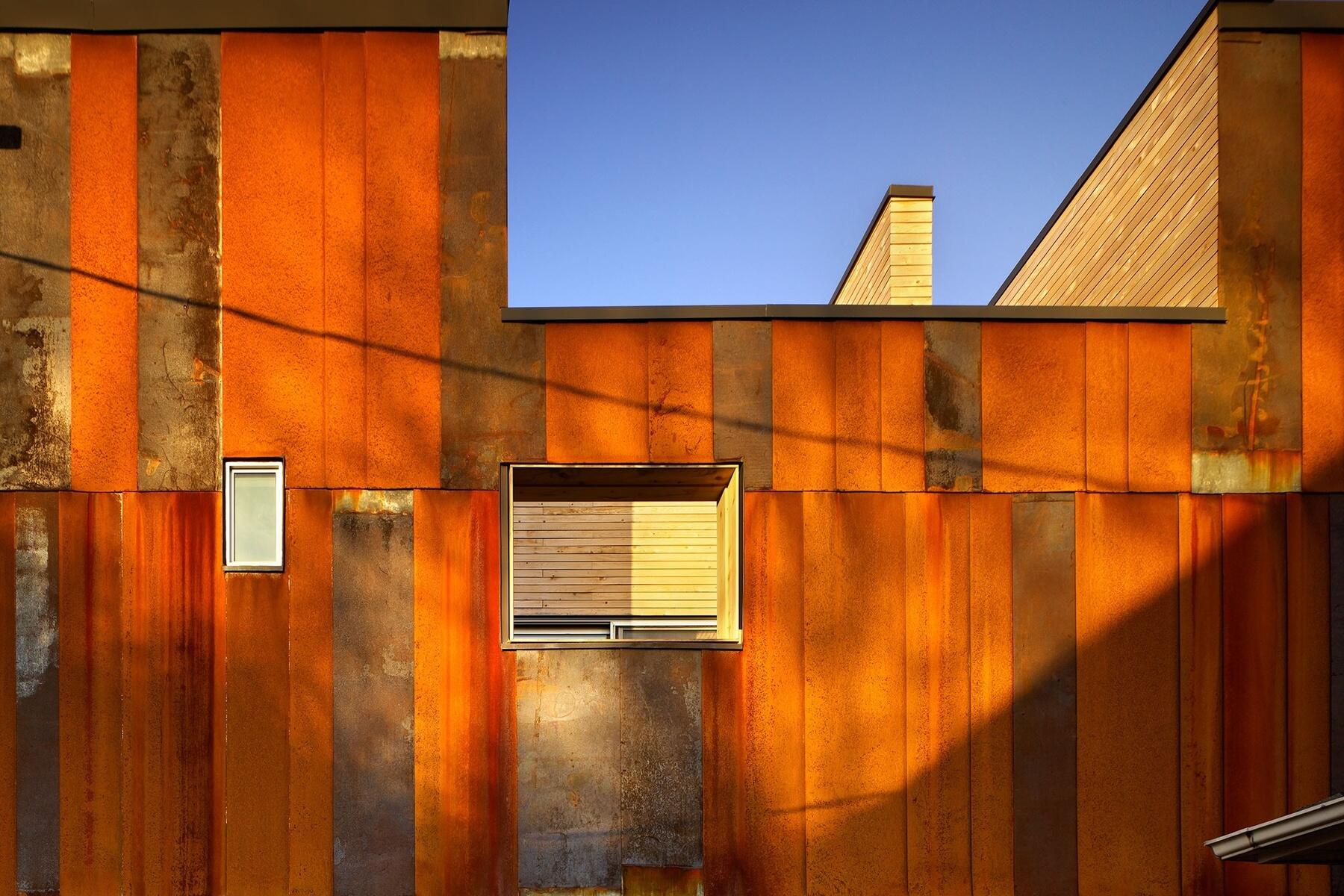 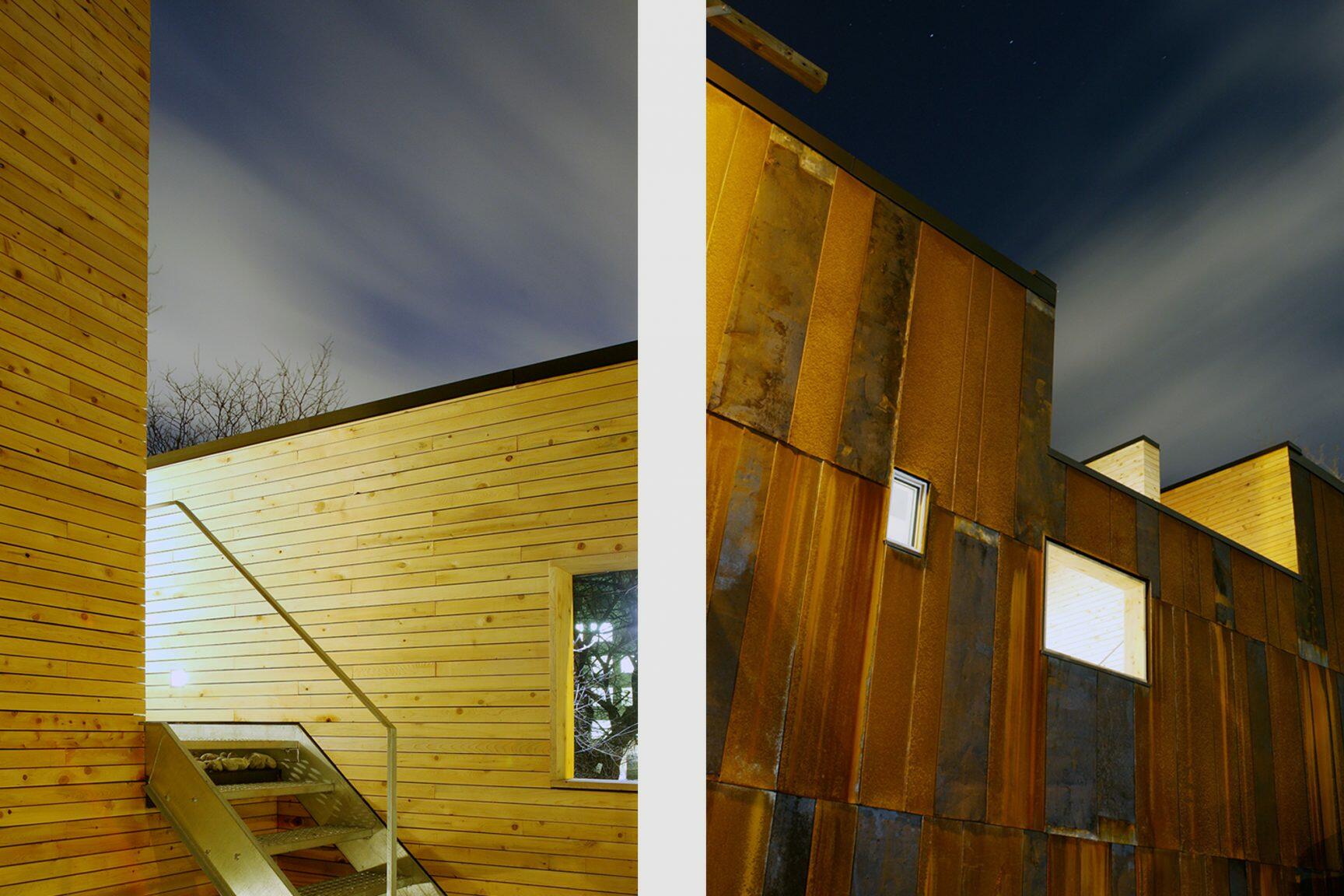 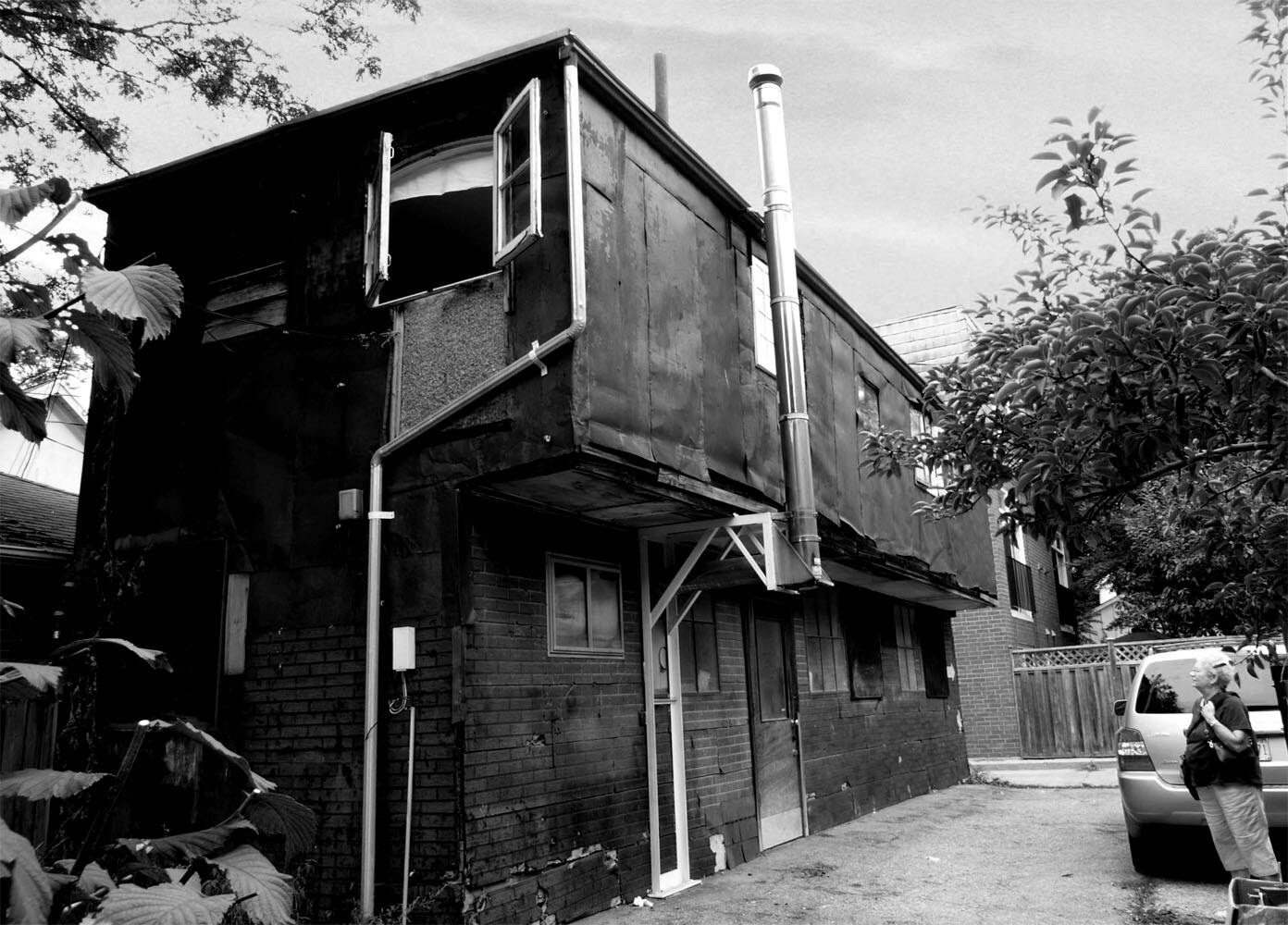